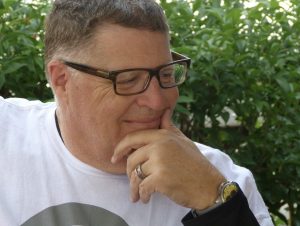 My good friend and riding buddy, Rich Marin, writes a daily blog post/newsletter called The Old Lone Ranger.  Rich is highly disciplined and writes 1,000 words, every day.  Rich and another friend, Philip Richter, inspired me to start my newsletter.  Philip’s site and blog is the Turtle Garage.  On Saturday, January 9, 2021, Rich’s post was titled “Getting Big Enough.” It again made me recognize and appreciate different ways people look at the world.  While ostensibly about his size and the sizes of people in general, toward the end of the piece Rich crossed into a discussion about the changes 2020 and COVID have brought to our world, the disorientation and unpredictability of things and reactions to that.  You can read his full post here.

The part of his post inspiring this response is:  “And yet, who among us does not know people who surprise us with their ability to handle the whirlwind in ways that startle us. I know people who get frazzled in steady states, but who blossom and thrive in chaos. That seems counter-intuitive and almost inexplicably unnerving, but it’s true. I attribute it to a phenomenon I observed long ago in someone close to me. I concluded that I am a linear thinker for whom logic adds clarity. This other person did better handling chaos than order. They were random thinkers, people who could sense patterns rather than reason through sequential logic. I am certain I hit on a very real attribute characterization with this observation.”

While fairly certain Rich is not talking about me, I thought, “Well, I resemble that remark.”   One of the many things Rich and I have in common is being self-aware. But my trait of tolerance for ambiguity and desire to keep pushing ahead in times of uncertainty was something I only became aware of later in life.  Even after becoming aware of it, years passed before the implications of how it might affect my career dawned on me. Eventually, I figured it out after leaving the stable cocoon of employers like AT&T, CDC, and IBM and into the world of early-stage tech startups.  I was finally professionally fulfilled in this environment where the arrival of new technology or a competitive announcement could require an overnight reassessment of every assumption about our business.

In his post, Rich observed that some people “get frazzled in steady states.”  Frazzled wasn’t how I would characterize my feelings.  My dissatisfaction when working for large, “steady-state” companies was frustration with the agonizing slowness of getting anything done, the number of people required to buy-in before moving forward, and my colleagues overwhelming satisfaction with the status quo and rabid 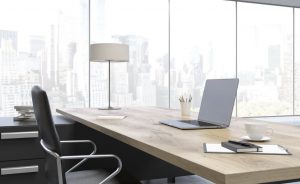 fear of upsetting the apple cart.  So, maybe it was frazzled, but it felt more like frustration, numbness, and exhaustion to me. It was probably why I only lasted about 5 years each in these big companies.  The daily grind of working with people who did not appear to care or understand the key drivers of the business and what we needed to transpire to move forward drove me crazy.  Working side by side with people who got their professional fulfillment from an ability to leave the office at precisely 5 pm every day with an absolutely clear desk, is what eventually did me in.  And just so we are clear, not everyone in large organizations behaves or thinks this way, and certainly not Rich Marin.

It was just six months after leaving IBM that my recognition of the “Aha moment” Rich describes occurred.  We were living in Croton-on-Hudson, NY.   I was acting as the half-time VP of Marketing for a start-up in global trade in Connecticut and had a consulting contract with a venture firm in New York City and spent one day a week there.  Many evenings I’d attend events on what to do about this new, weird, chaotic, nebulous, and probably powerful new thing called the Internet. It was at that point I realized professionally, for the first time in my life, I was completely happy, satisfied and thrilled with my job. I couldn’t wait to get up every morning.  It was non-linear, unstructured, totally lacking in certainty, and yet, in my mid-40s, I was finally doing what I was good at.

To be fair to myself, earlier life circumstances had forced me into a professional life of only working for large companies. The risk to my family of not having health insurance was too high. My health history and what insurance companies viewed as adverse “pre-existing conditions” made me uninsurable, except when bundled into a huge group policy only available through large employers. I remember riding the train back from the city one afternoon, staring out the window at the cakes of ice floating in the Hudson River and thinking how if every one of my current income sources were to instantly dry up, I would be able to find something else quickly, and it would probably be better than what I was doing now.

I spent the rest of my working life with early-stage start-up companies.  While far from dependable in the long-term sense, my work was always satisfying and gratifying. I hated to lose and felt real angst and fear when we’d run out of options and had to close up shop.  But even then, I knew I was doing the right thing.  Rich is correct about the new pressures coming from a world seeming to be constantly evolving, complexities of the web and where to go for reliable information, and a polarized political landscape that keeps getting worse even when we think it is already as bad as it can get.  Rich concluded that the biggest challenge may be to find something that isn’t changing. He may be right, but I’m not sure it matters to me.  While I may not thrive on ambiguity, I’ve learned to get comfortable with it.  Perhaps he’s right – it’s my nature.