Most of my blog posts are about motorcycles.

Over the years I’ve returned time and again to ride off-road bikes around Moab, UT

For the past 25 years I’ve ridden and wrote about motorcycles, working hard to become the best rider possible.  I was a regular writer for Motorcycle Consumer News, and RIDER magazine, and an occasional contributor to several other publications, including The Overland Journal, BackRoads Magazine and RoadRunner.  My travel articles have appeared a many daily newspapers as well.  I’ve led motorcycle tours in northern California, Utah, Italy and New Zealand. I’m a past member of the Arizona Precision Motorcycle Drill Team and participate in competitions and team performances as well as teaching enhanced motorcycle skills. I’ve taken advanced riding classes with Keith Code, Gary LaPlante, Ed Melroy and Lee Parks, among others. As far as I know, I’m the only civilian to have ever participated in motor officer training programs with both the Phoenix Police Department and the Arizona Highway Patrol. You can read some of my published work about that here and here WingWorld and here Sheriffs Magazine.

I’m still riding my motorcycle in good weather here in Phoenix—3-4 times a week. Other times I trailer it north to Moab, UT for off-road rides. I ride with two motorcycle groups. The most official is the American Flyers Motorcycle Club (AFMC). They organize two big rides a year, one domestic the other international (we’ve ridden in Italy, Croatia, Spain, Turkey, New Zealand and many other countries). Portions of the group also split off and do rides with a smaller number of members. The adventures with this group could easily fill a book. [Read more: Blog posts about bikes]

Below is a gallery of some of my motorcycle adventures.  You’ll find a lot more stories under the newsletter tab.  Here is an example of my Trial’s Bike riding experiences.  Click on a photo and you’ll see it full size.  This is more of a a placeholder until I can organize things better: 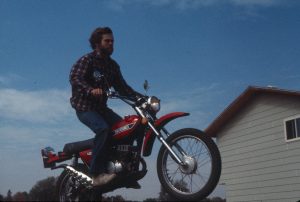 Within a week of getting my new Suzuki 125 motorcycle I just had to see how high I could jump it. And with no helmet, boots or gear. How incredibly dumb! 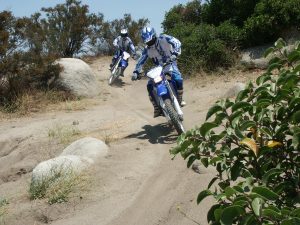 Gary LaPlante’s Motoventure Riding School is a favorite of mine. I’ve been back at least 4 times. 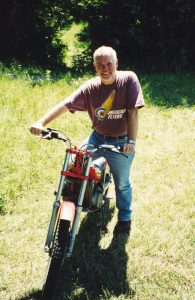 Steve on Griff Wrigley’s Trials Bike. What an awesome day! 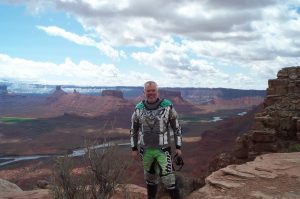 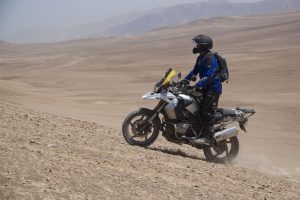 Larsen’s riding partner for the Dakar Rally in the Atacama Desert, Chile, January of 2011 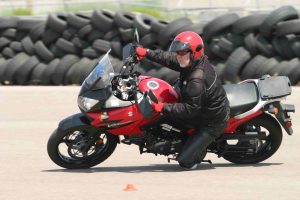 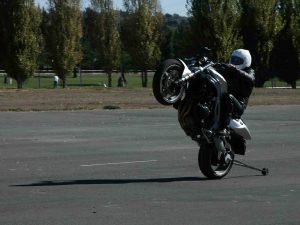 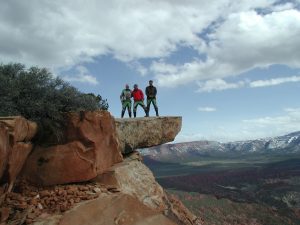 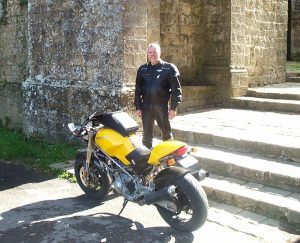 Steve Larsen on a friends Ducati Monster in Italy in June of 2001. 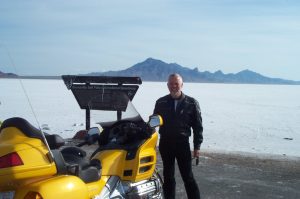 Just before riding the bike out onto the Bonneville Salt Flats in Utah. 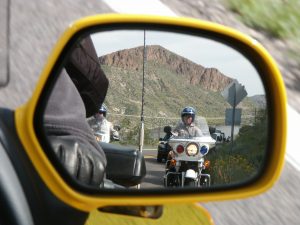 AZ Highway Patrol Motor-officers framed by my motorcycle side mirror 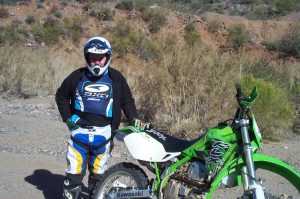 Riding in AZ with Burt Richmond and Gary LaPlante 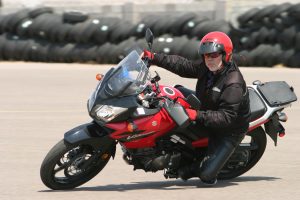 Steve leaning into a curve on the track 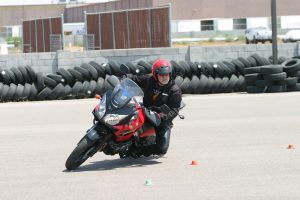 Steve leans into a curve with his Suzuki 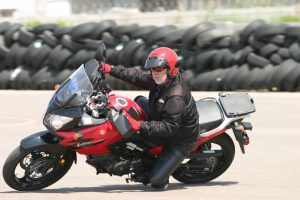 Practicing on the V-Strom 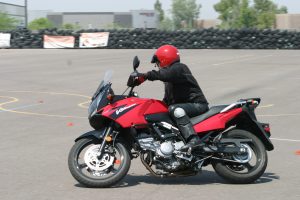 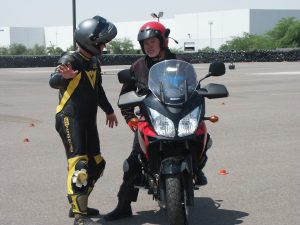 Lee Parks gives Larsen tips on getting his times around the track down. 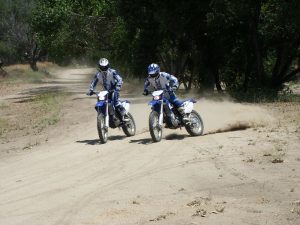 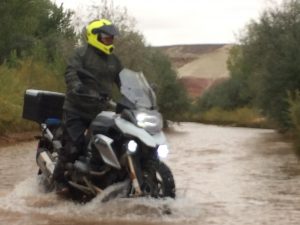 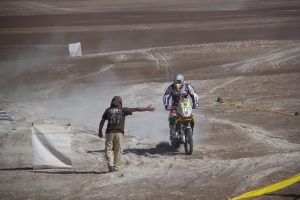 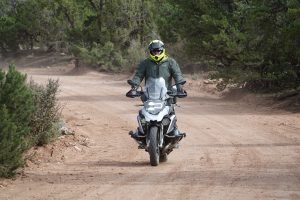 Larsen on his big 1200GS, outfitted for offroad riding in Moab, UT 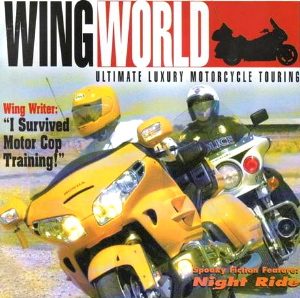 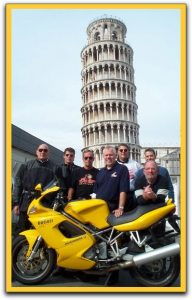 Larsen with a possessive hand on the Ducati ST4. (Double Click to see full size) 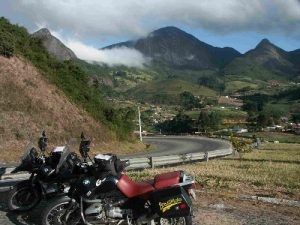 Brazil is an awesome place to ride motorcycles. 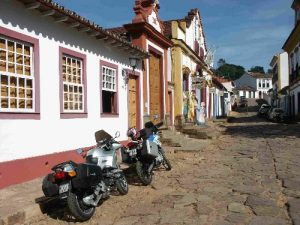 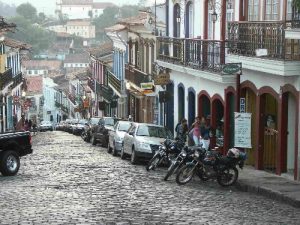