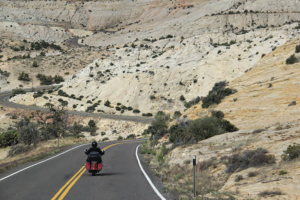 Five Days of Bliss: The Best of Utah and Arizona (Rider Magazine, July 2020)
Many Rider readers know that southern Utah and northern Arizona offer a great deal of advantages to motorcyclists, the first being a lack of traffic, even in high season. After 24 years of riding this area I can suggest one, near perfect, 5-day ride. This loop route begins and ends in Las Vegas, Nevada, an easy-access city with great rental places. The route comprises some of the best roads ever, and is so dense with beauty it will be hard to absorb it all. You won’t hit every famous spot, Moab for instance, but that’s a good reason to return. A touring, sport or adventure-touring bike is ideal for this trip. Cruisers and sport bikes will work, but the first day may be a bit long. This published PDF version has more wonderful pictures. 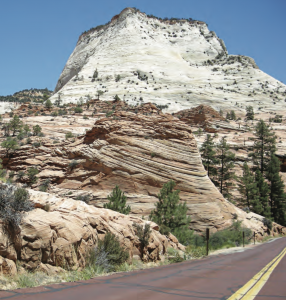 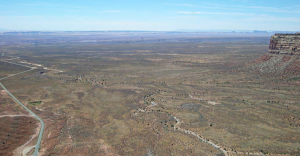 The Trail of the Ancients crosses Cedar Mesa and leads to this view above the Moki Dugway or Devil’s Back. Get ready for three miles of unpaved switchbacks dropping you 1,100 feet to the valley floor. 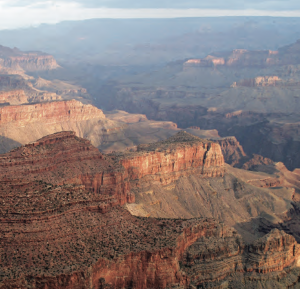 When you sit on the edge of that thing, you just realize what a joke we people are.” Simon (Danny Glover) in Lawrence Kasdan’s 1991 film, Grand Canyon

Where’s A Cop When You Really Need One?
Three part series in Motorcycle Consumer News in which I take the Phoenix Police Officers Training course – and pass. These three articles have the highest reprint request rate of all of my other articles combined.

Motorcycle Consumer News (MCN) was home to many of my articles.  It was widely regarded as the most accurate source for unbiased information about motorcycles, related gear, safety and accessories.  Unlike most automotive enthusiast publications, it was wholly subscriber-supported and never accepted advertising.  I read the magazine cover-to-cover long before I began writing for them.  Sadly, MCN shut its doors after 50 years of publishing in March of 2020.

RIDER Magazine also publishes as lot of my stories, mostly the ones about domestic travel.  Rider magazine is written by, and for, passionate motorcycle riders.  It has been around since 1974 and delivers comprehensive road tests, touring stories, product evaluations, technical features and award-winning editorial.  Mark Tuttle supervises and excellent staff of genuine professionals and I’m always amazed at how well them make my stories look.

Overland Journal has superb content printed on super high-quality stock, five times per year. Their ratio of advertising to editorial content is super low.  The magazine features ample editorial space for in-depth coverage of equipment and vehicles, as well as feature trip stories from around the globe. I am honored they’ve published my work.

My writing has also appeared in RoadRUNNER Magazine, Sheriffs’ Magazine, Backroads Magazine, WingWorld Magazine and a host of daily newspapers.

Overland Journal – Summer 2012 – Dakar Story (PDF 2628k) My first story for THE OVERLAND JOURNAL – chronicles my efforts to chase the Dakar Rally through Argentina and Chile with Jim Hyde and his adventure riders. (The Overland Journal, Summer 2012)

Birthplace of Dreams: Ducati Factory and Museum Tour (PDF 1797kb): If you have even a fractional appreciation for Ducati, a visit to their factory in northern Italy is well worth a side trip from Venice, Milan or Verona. (Motorcycle Consumer News – August 2012)

RIDE LIKE A COP training class (PDF 6639k): Is it possible for a civilian rider to get the same training as do motor officers? I find out. (Motorcycle Computer News, Sept. 2009)

MotoVentures Moves You Up (PDF 2266k): Taking a street rider (me) and taking an off-road riding course with top motor-cross and champion trials rider Gary LaPlante. (Motorcycle Consumer News, May 2003)

The Art of Two Upmanship (PDF 968k): Ensuring your passenger has a great ride. This article has garnered more reprint requests than any other article. (Motorcycle Consumer News, Feb. 2005)

Keith Code’s Wheelie School (PDF 586k): Going to school to learn how to get it up and keep it up longer is perhaps something any biker in his fifties may want to consider. (Motorcycle Consumer News, Sept. 2002) 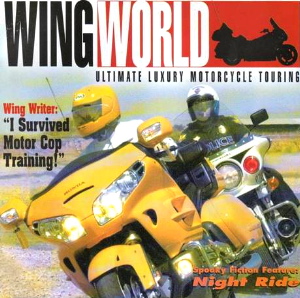 Wing World interview (PDF 2067k): Okay, so it’s not Playboy Magazine and I’m no bunny, but getting the cover and then an 11 page interview, I gotta love it. Includes an awesome cover photo of me being chased by a cop – in the case, Officer Dan Nochta of the Phoenix Police Department.  (Wing World Magazine, Oct. 2005).

Americade Report (PDF 576k): Always wondered if it was worthwhile to attend the 20 year old motorcycle bash in central New York. I attend in 2005 and explain what its all about.(Motorcycle Consumer News, Sept. 2005)

Sheriffs Magazine (PDF 292k): These guys liked the article in RIDER and asked to republish it. Why not? You can’t have too many friends on the police force given how I drive.

Something COMPLETELY different (PDF 292k): In 1997 Bob Metcalfe asked me to speak at the first Camden Technology Conference. This is the essence of that speech, which was about ONLINE COMMUNITIES. I loved the conference which evolved into PopTech! I attended for the next six years and was even the program chairman one year.