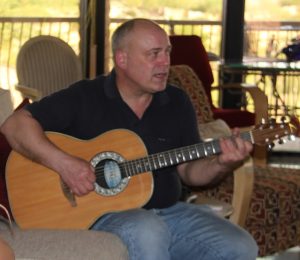 My younger brother, Leif Larsen, has made a variety of unorthodox and sometimes unusual choices in his life. One of those decisions resulted in him living in Russia and Lithuania for over 20 years. But no matter where he lives, he’s always on the lookout for “a deal.” When he spots one, it’s nearly impossible for him to resist. On occasion, his attempts to bring me into the process and has have succeeded.

Leif, along with my youngest sister, inherited all the family musical genes. Leif’s also good with tools and intuitively knows how to fix things. His mind conjures up innovative ways to solve problems. He has an artistic bent, and has spent time as a potter and painter. This creative aesthetic sometimes spills into his handyman tasks. He chose to refinish a wall in my workshop where the drywall had been destroyed by the previous owner. Other craftsman discussing the repair had recommended removing and installing new drywall. Fixing what was there would never work.

But they’d not met my brother. Leif patched the wall, then smoothed on layer after layer of sheetrock drywall compound until it was perfectly smooth and straight. I showed it to one of the men who’d originally bid on the project. He looked at it and said, “Wow, you had an artist do this. It is amazing!” 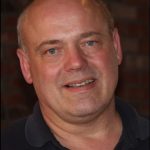 When Leif was here visiting and patching my drywall, he killed time during drying cycles by browsing Craig’s List. Not for anything in particular, although some categories no doubt interested him more than others. He came across an ad for a used guitar only a few miles away and asked if I would take him to see it. We called to make sure they still had it and headed out.

When we got there, the woman explained the guitar belonged to her husband, who wasn’t home, but had decided to sell it. He bought it years before, taking lessons for a while, but never really mastered the instrument. Seems he was not keen on practice. The woman left us in the garage to give Leif time to examine the guitar. He looked it over carefully and told me he thought it was like new – had probably never been played much at all. He could tell by looking at the frets.

After strumming the strings a bit, he took a few minutes to tune the guitar. Then he launched into a rendition of a guitar classic like Classical Gas or something. After a few minutes, the door to the garage opened and the woman came out of the house, her jaw agape. Less than a minute later she was followed by her two kids, who just stared up at Leif and then back at the guitar. When he finished, he just smiled at her and the kids. The woman took a long breath and said, “Wow! That was amazing. That guitar never sounded like that when my husband played it.”

I counseled Leif to offer her less than the $75 she was asking, but he said no, the asking price was a good deal. Plus, he hadn’t considered the guitar would come with the original Ovation travel case, which on its own he said was worth twice the asking price of the guitar. Later, doing research online, I found out this guitar, in decent used condition, would fetch minimally several hundred dollars and some had asking prices over $800.

Here is a man playing the same model guitar that Leif bought, although this one is older, a 1973 model. It isn’t Leif playing, but you can click here to see the guitar and hear how it sounds. 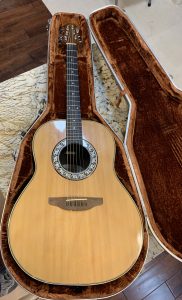 The guitar Leif bought was in very good shape and appeared lightly used. It did have a crack in the face which Leif believed he could fix and though cosmetically imperfect, would not affect the sound. From the serial number (165322), we knew it had been made in 1979. It has the big acoustic fiberglass roundback that produce its very big sound. From the model number, 1111, we knew the following:

It has remained in our home in Phoenix, as Leif says, “So I have something to play when I come to Phoenix.” Occasionally I pull it from it’s shelf in the closet, strum it a bit, and briefly consider learning to play. But then I’d have to take lessons and practice.