One significant misperception shared by many family and friends about us is that “Steve is the writer.” The truth is when we met, my writing skills were non-existent while Maggie had been employed as a professional writer for over seven years, having graduated near the top of her class at Boston University with a degree in Communications – said a different way – writing.

During most of our marriage, we both worked and the professional skill she practiced was putting words together – and she was very good at it. During one period in the 1980s, if you’d bought a dot matrix printer made in Japan, the manual with the printer would most likely have been written by Maggie.  Her employer, Siechert & Wood Professional Documentation, held contracts with Citizen, Epson, C. Itoh, and Fujitsu to translate their Japanese manuals into English and Maggie was part of their small professional team. I’ll never forget her befriending one of the engineers from Japan who was sent to Pasadena to work with Maggie on converting their manual from poorly translated Japanese into readable English.  We had Nobu over to our house, took him out to dinner, and showed him everything LA had to offer during evening hours.  Many years later Maggie visited and had dinner with him in Japan. She didn’t stop with dot matrix printers, she also wrote the technical repair manual for one of the first laser printers in the US. 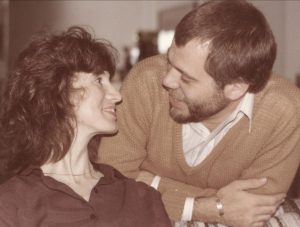 When the two of us met, she lived in St. Louis, me in Minneapolis, both working for Control Data.  I’ve never dared to ask what she thought of those pitiful memos I asked her to look over before sending them to my superiors.  She’d re-write them, making me look smart.  She edited the speeches I delivered at COMDEX, PC Forum and other industry events and helped me begin publishing articles in business magazines.  I’ve no doubt “my” succinct written communication skills raised my profile and were largely responsible for several of my promotions. Little did they know that I had a personal ghost writer.

Before we met, she’d worked on documenting a variety of functions related to aircraft including aircraft maintenance “hot sheets” for Rockwell International in St. Louis.  I’ve asked her about some of those projects, but she just tells me they’re classified.  While at ACF (American Car and Foundry Company) she wrote about trains and various types of train cars and how they’re moved around the US.  She wrote the Grolier’s 26-volume Encyclopedia Americana in the mid-’90s. Well, actually, she wrote the help system and user guide for the first electronic version of this product, but I always love saying she wrote the Encyclopedia and correcting myself after the fact. The original Avery LabelPro user guide was one of her projects, and I’ll never forget the box that arrived at the house with every Avery label known to man and the variety of printers we got to experiment with. 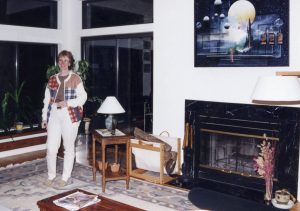 In Maggie’s ATM writing days at our home in Croton-on-Hudson, NY.

In New York, her work was mostly free-lance technical writing projects, as she could fit them in around raising Ginger and our busy social calendar.  She began writing for IBM and was published in a variety of their publications, nearly always ghostwriting for one of their top executives. Supposedly IBM’s customers wanted to read articles like “Multiprotocol Convergence: Have it Your Way,” and she made sure they got the chance.  Eventually, I began to understand and appreciate Maggie’s ability to rapidly and quickly comprehend complex technical concepts and skillfully make them understandable to laypeople. At one point she’d been working with IBM on a series of articles outlining their position on ATM (Asynchronous Transfer Mode), an emerging standard for a packet-oriented communication protocol for digital communications.  This proposed standard called for efficient small fixed-size packets referred to as cells to transmit a variety of data types, including voice, video, and data. During the period she worked on the articles, she lived and breathed this emerging world of “packets” in virtual switching networks. It was glorious.  I had no idea what she was talking about.  Some months after the last article had been submitted, we’d invited a group of techie friends and colleagues to our Croton-on-Hudson home. Playing the host, I shuffled between groups, making sure drink glasses were filled and people were getting to meet others. Overhearing a group of engineers talking about asynchronous transfer modes, I went and found Maggie, brought her to the group, and said, “Meet my wife, Maggie.  She knows all about ATMs.” They looked at her, she looked at them, she then looked back at me with a puzzled expression and asked, “Automated Teller Machines?” They finally got on the right page, but it took a while.  Maggie explained to me later, “Once a project is over, I clear all that stuff from my mind.  Everything I know about something is usually gone before the check clears the bank.” 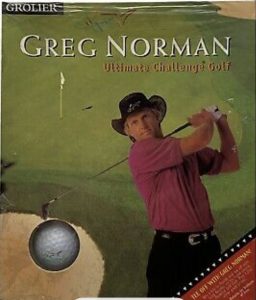 One project in New York ended up with her spending hours on the phone, often in the middle of the night, with Australian golfer, Greg Norman.  A game publisher had partnered with Norman to create “Greg Norman Ultimate Challenge Golf,” a CD-ROM-based game which for the first time, included complex algorithms to accurately reflect the effect of wind as well as various green terrain variations on a golf ball’s path.  She learned a lot about golf and made sure it was Norman’s voice that was transferred to the Player’s Guide for the game.

When she retired several years ago, she had spent a decade helping technical documentation surrounding the repair of jet aircraft move from books to specially-written digital formats guaranteed to mean the same thing when translated to other languages. Her writing skills enabled us both to spend six weeks in northern Italy where she worked with engineers from Baccini, translating engineering speak into language anyone could understand.

And while it’s been my by-line appearing in countless articles in a half-dozen top Motorcycle Magazines over the past twenty-five years, if it were not for my living with a superbly skilled writer who edited my articles, it is unlikely most of these would have happened.  I’ve depended on her writing skills my entire life and continue to do so, even with my newsletters.  She reviews most of them. When you see one that’s particularly clunky or pock-marked with errors, it means she didn’t see it. Don’t blame her if there are mistakes!

Maggie often kids that during her writing career, she wrote about “Trains, Planes, and Automobiles.” It would likely be more accurate to change “Automobiles” to “motorcycles.”