Those following this newsletter know of my Tesla involvement.  I’m a car guy. My initial unpremeditated purchase of the Tesla Model 3 happened in early 2020. No long study or evaluation.  Just boom.  I wrote about that experience in May 2020.  For context, you should read about it here.

In late 2021/early 2022 the new Tesla Model S PLAID arrived on the market. Liking the Model 3 so much, how could I not love the PLAID?  Well, it’s a great car, but not the same.  You can read about that decision and experience here.

Both of these stories were written in the first several months of ownership of each car.  It’s now been over 3 years since my first Tesla, and over a year with the PLAID.  My long-term ownership perspective is different from my early impressions and seems out of sync with other reviewers. Here is what I think now: 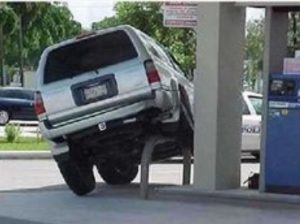 This is a high-impact behavioral change in car ownership.  Like most electric car owners, I charge overnight at home, 2-3 times per week. As trips outside the area are rare, home charging is more than adequate to meet the car’s power needs. Not having to wonder “do I need to stop at the gas station today,” affects your life daily. One gets used to it, but not thinking of having to stop at gas stations is a big change and I suspect even greater impact than the $1500 or so you’re not paying annually for gasoline.   And it’s more than just gas stations — electric cars don’t require regular service, either. No oil or filter changes, no water pump replacements, and no transmission issues because they have no transmissions. Tesla does want to inspect the brakes at 125,000 miles and you will still need to rotate and replace tires, but that is about it. 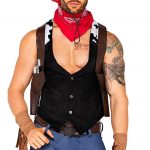 While this may only reflect on Teslas, I feel Tesla implements features on their cars just to make them different. Sometimes it’s logical, other times, not so much.  Take the yoke versus a steering wheel on my Plaid:  It’s been over a year and I still miss having a steering wheel. But I get why it’s not there – the yoke provides an expansive and unbelievably unobstructed view of the road which a steering wheel would block.  If they offered to replace my yoke for a steering wheel, I’d pass, and keep the yoke. While I miss a steering wheel, the view is so much better, I would never go back. But not every feature is like this.  For instance, instead of a typical turning signal indicator lever like most cars, Tesla installed two buttons on the left side of the yoke. I still have to look down to find the right button, taking my eyes off the road.  Unlike many Arizona drivers, I use turning indicators and know a small indicator stalk would have been easy to install beneath the yoke in a location most drivers would find familiar.  But that isn’t Tesla’s way. I could go on to a host of minor irritants, such as the glove box having no open button. Yes, the glove box will only open when you find the right menu option on the touch screen and select it.  Younger drivers no doubt adapt more quickly to these changes.

Different just to piss people off:  While complaining about needless differences, here’s one more. The Tesla key fob, which you must order and pay an extra $175 to get, uses a special CR2330 3V lithium Cell Battery.  It looks identical to the common CR2032 which you can find anywhere – but it isn’t. Oh, and you can’t order a CR2330 Battery from Tesla (they don’t sell them), and they’re not available at Home Depot, CVS, Target or even ACE Hardware. It can be found online – if you really look.  And it’s hard to change the battery.  And, it needs changing much more frequently than any other key fob you’ve ever owned.  Who at Tesla makes these decisions and more importantly, why? Can you imagine the conversation between the engineer and the designer? Engineer: “So, this won’t be a problem, and we’ll be able to power it with a good old CR2032 battery.”  Designer: “Oh no, that won’t work.  Back to the drawing board, design the fob to use a battery which is nearly impossible to find. We want that one. Oh, one more thing, make the expected battery life to be about 30% or less than fobs in other cars.” One could argue that while the voltage (3V) is the same on these two batteries, the CR2330 has a slightly higher nominal capacity (250 mAh vs. 210 on the CR2032) but also has a higher discharge current of .4 mA vs. .2mA, although their continuous maximum discharge current is the same at 3 mAs. The CR2330 is also a bit bigger and thicker and weighs a tad bit more, just in case you thought you’d try to get a CR2032 to work. 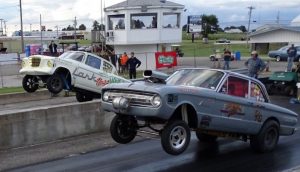 To be fair, I knew this. Having a “Usain Bolt-like” car does not mean you’ll accelerate like a dragster at every stoplight. No one could keep it up for long. After the obligatory joy rides with friends and neighbors, that stops.  Yes, it is fun to know you can humble just about any other vehicle pulling up next to you, but given the Plaid’s ordinary design and nothing to indicate its 1,020-horsepower, it rarely happens.

Regenerative braking is used to capture energy as the car slows and feeds it back into the batteries.  It takes a few days to get used to it, but then you love it.  You gradually become accustomed to one pedal driving, only using the accelerator. This feature is immediately missed when going to another car. An additional side benefit of this sort of brake is the car is slow to wear out brake pads.  Since regeneration forces capture your slow-down energy, brake pads can last over 100K miles before needing to be replaced. 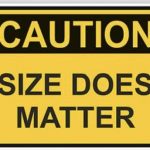 I’d forgotten how much of a hassle driving, parking, and maneuvering a large automobile can be.  How do people drive around in humongous pick-up trucks? And why? In retrospect, I should have stayed with the Model 3  – it has more than adequate performance, handles better than the Model S, is easier to drive and park, and has a prodigious amount of space for people and luggage. It’s just the perfect car. The Model S presents a constant struggle to fit into parking spots, rubbing its front underside on curbs as you try to get far enough forward to keep its huge rear end from sticking into traffic. It’s also wider, meaning the space to open car doors is less, so you’re often squeezing in or out of the door.  Yes, it is fun to drive the “fastest production car in the world,” but what a pain in the ass on a daily basis. 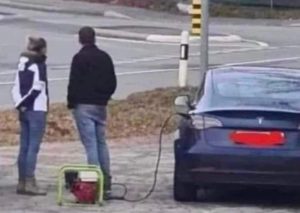 Worries about “running out of battery life” when driving an electric car disappear within a few weeks of owning one.  While it continues to be a source of questions for those who don’t own or have owned an electric vehicle, not so much owners of these cars.  Most people charge at home overnight and their daily trips require less than 150-250 miles, the typical range of electric cars. My Model S gets close to 400 miles with a full charge, although you soon learn charging to only 80-85% is better and prolongs battery life.  When one does venture on a prolonged trip, there are few routes without plentiful charging stations.  Yes, of course, there are places without them, it’s just not where you’re likely to be going very often. 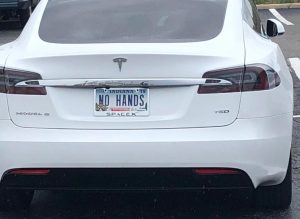 The Tesla autopilot is not going to get you home from the Vision Center after having your eyes dilated and being unable to see. On a clear highway with good lane markers, autopilot keeps you in the correct lane, properly spaced and the right distance from the car in front of you, like a good cruise control.  It may also take over in an emergency and prevent an accident, although I’ve not put it to the test.  Relying on Tesla’s autopilot to go much beyond this and to make significant driving decisions for you is a dumb idea and you run a big risk of getting in an accident. I foolishly paid for “full self-driving” on both cars and it’s been a total rip-off. Full “self-driving” does not work and I suspect it’s a good ways off.  The more experience I have with autopilot, the clearer I see the lack of the one thing most human drivers possess – common sense. 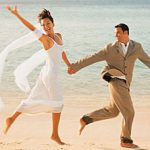 Maggie views her interactions with this car as combative with the car usually emerging victorious.  She doesn’t like how small the icons are on that big screen.  The garage opener and the radio functions are two clicks too deep.  To her the yoke is a nuisance and don’t get her started on the crappiness of the Tesla app for the secondary person in the app’s hierarchy.  She’s not wrong, just septuagenarian!  Oops…maybe shouldn’t have said that.

So, what to do? Sell the Plaid and buy another Model 3?

9 Responses to Tesla – With Perspective