Read these! or not. 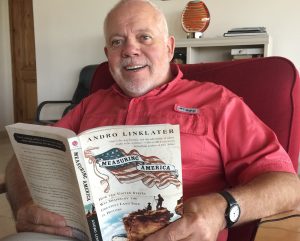 Reading and listening to books helps me pass a lot of activities here in the Phoenix heat.  You might have seen my take on Sapiens: A Brief History of Humankind by now, but if not, it is here.  I loved it so much I read it twice and ordered all of Harari’s other books.  I’ve been watching YouTube interviews with the author, Yuval Noah Harari, speaking with a very diverse group of interviewers. None of those doing the interviewing approach Harari’s intellect, depth of knowledge, or speed in following a conversation.

In no particular order, here are a few others from my most recent reading list: 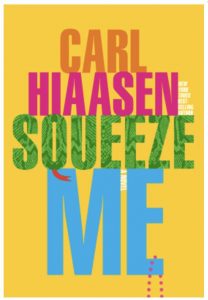 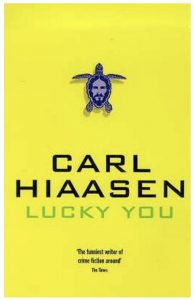 Squeeze Me and Lucky You by Carl Hiaasen:  For an unknown reason I equate Carl Hiaasen novels with “guilty pleasure.” His dialog and situations are as good as or better than the late great Elmore Leonard.  His characters, especially the criminals, are remarkably creative and wonderfully drawn and weird, all at the same time.  I’ve been reading his books since the mid-1980s and Skinny Dip, Bad Monkey, and Razor Girl are some of my favs.  I recommended Lucky You to my friend, Frank Del Monte.  Frank went out and read Squeeze Me, instead, then recommended it to me.  Lucky You is an older book, while Squeeze Me has many contemporary characters and themes, but both are vintage Hiaasen. Anyone who enjoys a fun tale, masterfully told with fascinating protagonists and antagonists will love any Hiaasen book.

The Great Alone by Kristin Hannah: I was warned this book was long, and it is.  While it is universally praised as a masterpiece, with critics saying author Kristin Hannah is at the top of her game here, I found it overly long. On the plus side, it provided an amazing graphic and detailed view of Alaska in the mid-1970s and the type of people who choose to move there, changing their lives a great deal in the process. Anyone who’s ever lived in Alaska, known someone from there, or has thought about what it would be like to have lived there, will love this peek into Alaskan 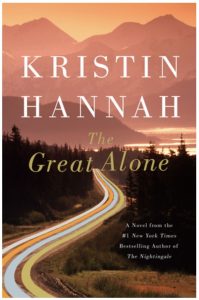 history.  If only there had been more of that.  Not being as open to new and different reading experiences as I should be, I grew tired and angry at the litany of poor judgment calls by most of the protagonists. This is a frequent complaint of mine in some books I read – authors who are too lazy or unskilled to create realistic situations for their characters. Having characters make mistake after stupid mistake makes them appear foolish and weak. I like books with strong women characters (strong men characters, too), but this isn’t that.  I was so “done” with Leni and Matthew two-thirds of the way in, I hoped they’d die after falling into a crevasse. It’s hard to enjoy a book when you want the main characters to just die and get it over with. And don’t get me started on the judgment of the mother, Cora. Geez, Louise! In the first half of the book, I was rooting for Leni. She is, incidentally, the only character the author fleshes out to any real depth. Her mother, father, and pretty much everyone else, are more cardboard caricatures than real people. Others may love this book.  I did not.

Cormoran Strike Series:  Seeing a new (to me) series of police/detective procedural novels, I jumped in with both feet after learning the author, Robert Galbraith, was a pen name for the brilliant J.K. Rowling of Harry Potter fame.  When reviews compared her protagonist, Cormoran Strike, to Jack Reacher (Lee Child) and Lucas Davenport/Virgil Flowers (John Sandford), I thought I was in for a treat. 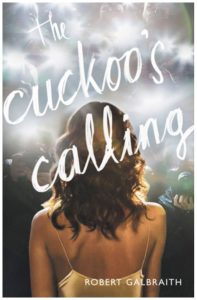 I read the first one; The Cuckoo’s Calling in print, then did the audiobook versions for The Silkworm and Career of Evil.  There are two more in the series. The first book is sort of good, the second less so, and by the time I finished the third one, I was so done with the Strike/Robin “relationship” I quit.  I was unable to put up with Cormoran’s assistant/partner’s frequent bone-head actions anymore.  How can someone who appears so intelligent at times, calmly walk down a deep dark alley with warning signs practically screaming at you to run?  Oh, because she was thinking about a text message from her fiancé. What???  And the main character, Strike, became incredibly tiresome. By the third book, I was bored silly with the constant descriptions of his smoking, drinking tea or coffee, and complete lack of care for his prosthesis.  There is a fourth in the series, Lethal White, and a fifth, Troubled Blood with rumors of a sixth.  Not for me, I’m done.

With Covid I’ve been reading a lot more and these are only a small sample.  I’ll not bore you with all the healthy eating and books on fasting I’ve read.  Nor a whole set of books I been “re-reading” after first reading them fifteen to twenty years ago.  I wanted to see if they were as good as I remember and if I was impressed as I’d been originally.  In most cases, the answer has been no.  If that changes, I’ll let you know.  In the meantime, you have a good time reading and feel free to send along your favorites.