Not an ordinary gift 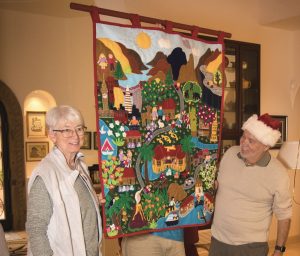 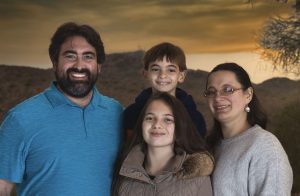 This past year (2021) one of our special days was at Christmas when a significant percentage of our relatives on Maggie’s side of the family spent the day at our house.  After my nephew Robert (Diana’s oldest) moved to Tucson and married Anya, these holiday gatherings have morphed into an Arizona family tradition.  The day includes a period of gift-giving followed by games and jigsaw puzzles, at least two meals (with grazing in between), and tons of conversations – most going on all at the same time.  It is an amazingly good time and one becoming more meaningful each passing year.  Even before Robert and Anya began arriving with children, they brought along Anya’s younger sister, Alona.  Soon Anya and Alona’s parents, Sergei and Galina Sukhina, began joining us as well.  They’d emigrated here from Moldova in 1993 when Anya was 11 years old and Alona was 2.  They fully embraced our tradition of gathering for the holidays, especially after grandchildren appeared. What grandparent would miss even a moment away from a grandchild at Christmas? They’ve become completely integrated into our family and this annual assembly would be much poorer without them. 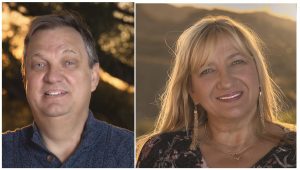 Over the years, I’d like to say my Russian language skills have gotten better at the same pace Sergei and Galina’s English has improved.  But only half of this statement is true. I’ll not begin to list all of the ways they’ve blessed us, from the discovery of wonderful new food (and drink) to Sergei’s generous sharing of his significant photographic talents. But this year something extraordinary happened: Galina and Sergei presented us with a large 4 ft. X 3 ft. custom-made tapestry/wall-hanging of all our family members along with some special memories.

It is a colorful and beautiful piece depicting, among many other things:* 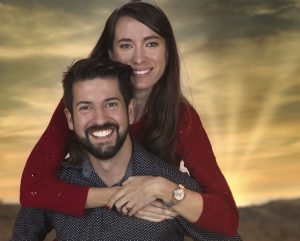 The amount of thought, hard work, and time it took to create, rendered me speechless. My respect and affection for this family keeps increasing the longer I know them. Robert and Anya’s children, Katya and Ruslan, are unique and wonderful, and I think of them as my own grandchildren. Sergei and Galina are amazing parents.   Anya, their older daughter, is a hard-working computer engineer and one of the most capable women I’ve ever met. Her intellect would be described in Silicon Valley as “scary smart.” Her younger sister, Alona, a newly minted medical doctor, now works in a Tucson hospital helping an under-served segment of the population.  This is a sharing, caring, hard-working clan, full of musical artists, visual artists, engineers, animal-lovers, children, adults, bicyclists and domino players. Everybody gets along and they’re all in this tapestry – somewhere. 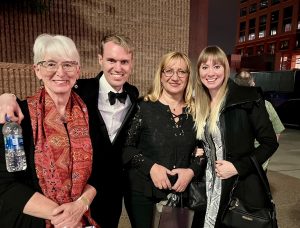 At the end of January, our younger daughter, Ginger, and her partner, Chris, visited from San Francisco and took us to a performance of Bizet’s Carmen by the Arizona Opera Company.  Last night was the event.  Looking for Galina’s name in our programs, we were impressed to find her listed as First Violin, and not at all surprised that the modest, humble, always self-deprecating Galina failed to mention this “tiny fact.”  As I listened to the music, I thought about the Sukhinas and all that they have accomplished since moving to the United States and how lucky we are to have them in our family. 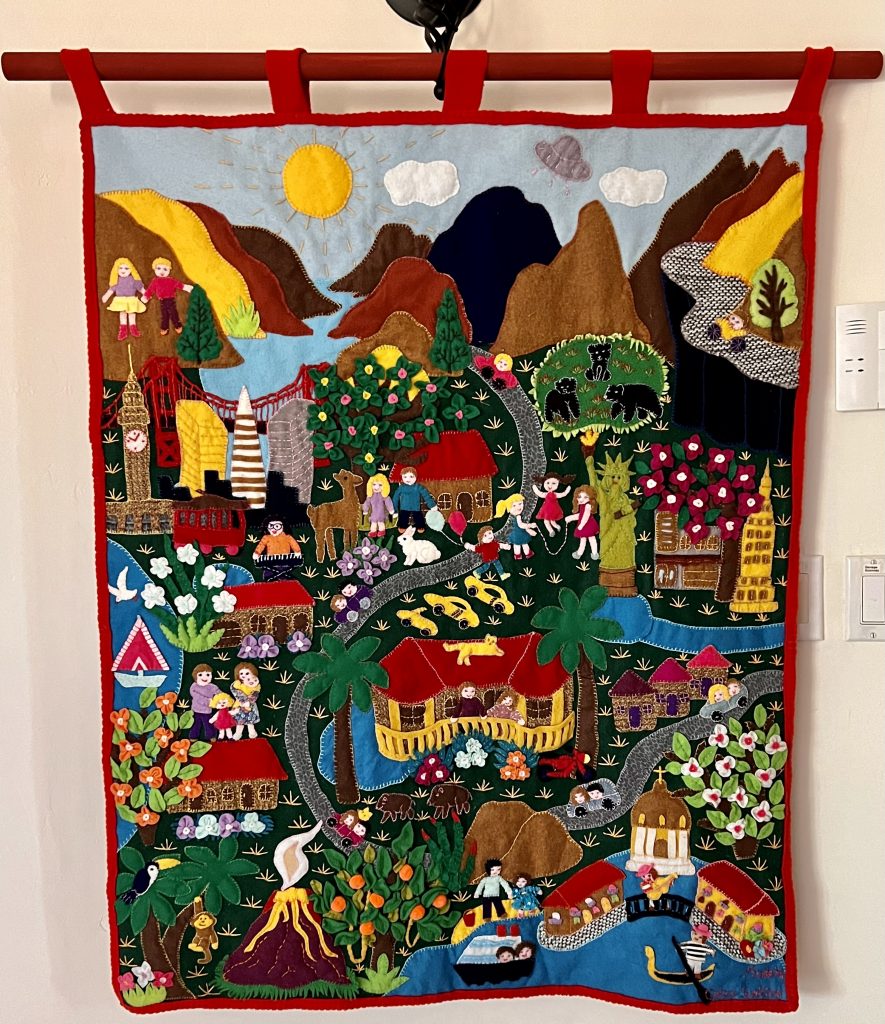 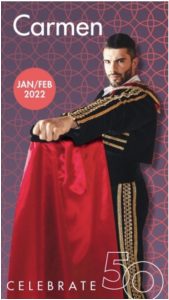 6 Responses to Not an ordinary gift