Have You Ever Met a Lazy Genius? 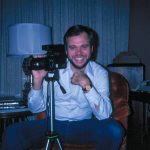 Odd, but I’m becoming increasingly sensitive to remarks praising equipment or someone’s “God-given talent,” particularly in areas where I have experience.  Whether watching a consistent top finisher at a track day and hearing other riders speculate about engine horsepower, advanced suspension set up and tire choices or seeing a circulating Facebook video lauding the “talent” of a particular musician, dancer, or painter (often accompanied by a video), seems to me to miss the whole point.

A subscriber to this newsletter, a man I love dearly with a heart of pure gold texted me after seeing one of my articles saying: “I loved your story.  I’m not a writer just a storyteller.  I’m aware they are much the same, however, some are gifted with prose.”  I text’d back, “Like a lot of things, more hard work than a gift.”  Like the story of the guy leaving a bar, tipping the phenomenal piano player he and his pals have enjoyed all evening. He turns to his friends and says, “I’d do anything to be able to play the piano like that.” Then pauses and adds, “Well, except take lessons and practice.”

While this talent issue and natural gifts bugs me in the context of painters, musicians, writers, cooks, drivers, motorcycle riders, or actors, allow me to focus this missive on just one area – photographers.  It is where I most often hear allusions to someone’s photographic gifts, God-given talent or creativity, or worse, the brand and cost of the camera equipment, glossing over the heart of what distinguishes outstanding photographers and their memorable images from yours and mine.

Early in my writing career when magazine budgets were more robust, writers were occasionally assigned a photographer for a story, comprising a writer/photographer team.  My role was to come up with the overall story structure, the introduction, narrative, and arc and making it a compelling read. Based on my verbal outline, the photographer and I would go through the week or so, with he or she creating the establishing shot and photographs that moved the story forward and tied into the narrative.  It was very collaborative.  On a week or longer assignment, there was a lot of time to talk – lunches, dinners, and riding during the day getting from place to place.  I was curious not only about their equipment — the camera bodies, lenses, tripods, and lighting support – but their process and tricks for getting the job done. As I learned about their lives it was not uncommon to find they’d been working with cameras since high school. Over the years I’ve had the chance to work with some remarkable photographers but today as I write this, foremost in my mind are Mark Trembley, Kevin Buckholtz, Christen Phaneuf, “Seattle” Bob Meador, and Judy Zehentner.

Mark Trembley is a professional photographer who lived a large part of his life on the east coast but currently spends at least half the year in Phoenix.  Mark photographs cars and, in particular, race cars and dragsters.  Some of the most iconic drag racing photographs ever made have come from Mark and his camera. But Mark also photographs people, plants, landscapes, weddings, birthdays, and pretty much anything that pays the bills. You can see some of his work here. 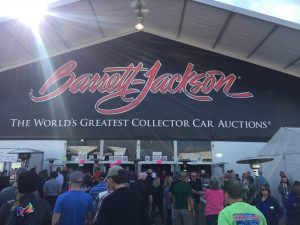 Mark and I met when he photographed the wedding of our mutual good friends, Brett Engel and Ranay Yarian. We became friends and a year or two later, we met to go through the Barrett-Jackson Auction in Scottsdale with Brett and automotive addicted friends.  Mark brought a selection of cameras and lenses along. I remember looking at him loaded to the gills and thinking, why bother? I’d covered the Barrett Auction for several magazines over the years and found it impossible to photograph. When trying, I quickly tired of lugging my expensive camera gear with me and resented never getting a decent shot.  There were always people in the way, the lighting was abysmal, and it was mind-numbing to later sift through hundreds of boring, boring, and more boring photos.  It seems at Barrett-Jackson, every third person was carrying a huge camera and clicking away at a furious pace and the other two-thirds with their cellphones or smaller models. I stopped bringing my camera to these events and, instead, chose to bring along a skilled amateur photographer friend who appreciated the challenge and enjoyed the perks media passes provide.

On the that I was following my friends and watching Mark Trembley work, I remember thinking to myself, what a waste of effort.  Here he is, thinking there is a decent subject a shot, how delusional can you get?  I truly felt sorry for him as he lugged his heavy camera bodies and lenses through the show in what I knew to be a total exercise in futility.  But then, several days later, Mark sent me a link to the results of his day at Barrett Jackson.  How wrong was I?  Totally, as it turns out.  Mark Trembly wasn’t on assignment, but he couldn’t turn off his professional eye and polished skills.  His photographs were not only stunning technically, but each told a part of the story.  Taken together, they were brilliant.  Just as Mark Knopfler in the song “Sultans of Swing,” from Dire Strait’s first album, seems to be musically answering the question, “Did you ask if I could play the guitar?” in the song’s final 40 seconds, so Mark Trembly’s images answered the question, “Did you ask if I was a photographer?”

Being good with a camera is not a “gift.”  Bob Meador and Kevin Buckholtz contributed many terrific photographs to some of my best stories for RIDER Magazine.  You can see some of Bob Meador’s photos here.   I’ve recently connected with both.  They are life-long amateur photographers, continuing to regularly practice and hone their craft. Kevin pointed me to his Smugmug site, where he makes his work available for viewing and purchase.  I subsequently wrote to him saying, “Kevin, I just spent 45 minutes looking at your photos on Smugmug.  Wow!  Your superb work sucked me in.  I know many people think good photography is due to expensive gear (oh so very wrong), some innate God-given talent (equally ridiculous).  I watched you and other superb photographers work.  It’s a skill painstakingly acquired through a lot of hard work, study, and (sometimes) lessons.  Oh, and practice, practice, practice!!!   And once you acquire those skills you learn that getting a great photograph is rarely easy.  Oh sure, on a few infrequent occasions something weird occurs and you just happen to be prepared with the right camera and lens when it happens.  Nearly all great photos come from getting to where you want/need to be, at some ungodly hour and it’s just freakin’ hard work.” You can see some of Kevin’s work here.

Judy Zehentner is a long-time friend now living on the east coast.  She regularly posts her photographs of birds to Facebook.  Her work, like Bob, Mark, and Kevin’s, goes far beyond technical mastery of her equipment and exposes a beautiful creative perspective.  My niece, Christen Phaneuf, regularly astounds me with her ability to capture a host of human conditions and natural beauty in ways that tell compelling stories.  Several of her photographs from her time living in Palestine have inspired some of my wife Maggie’s paintings.  Below is one of Christen’s photograph alongside the painting it inspired. And you can see a host of Christen’s photos here: 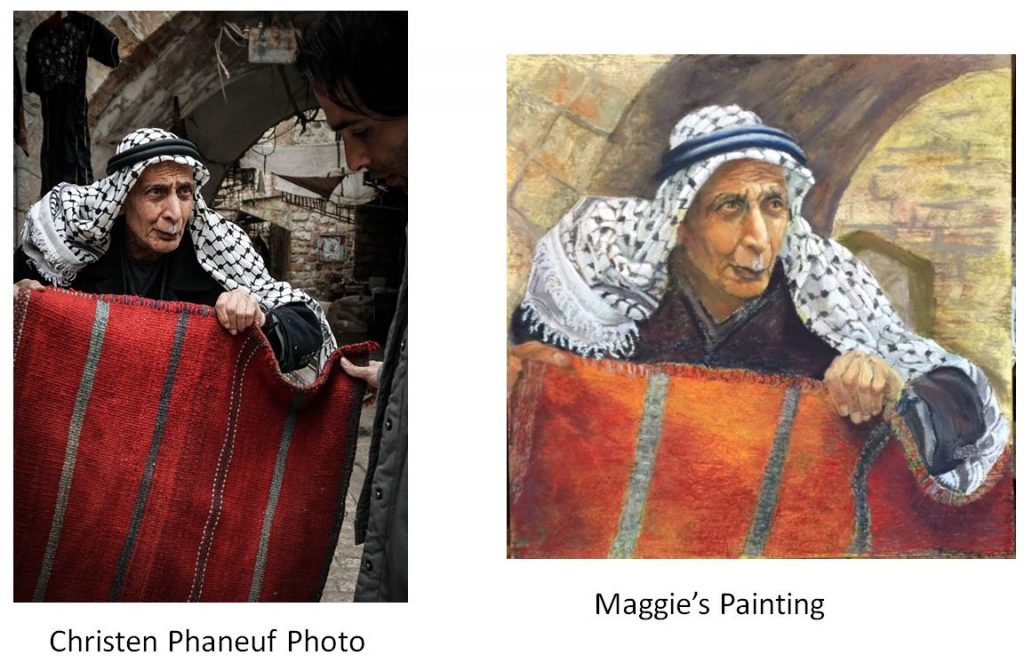 When the magazine I wrote for began cutting budgets, it became incumbent on me to not only write the stories but provide the photographs as well.  Learning the technical aspects of the craft was fairly easy and after taking classes and reading a few books and a good deal of disciplined practice, I was able to get the images needed to support my stories and satisfy my editors. I learned that mastery of the technical aspects of photography was easy compared to finding and composing images in the field.  Good photography can’t be reduced to a formula; it is just a lot of hard and often uncomfortable work.  And of course, practice. Constant, unrelenting effort, pushing and trying new things, learning the critical self-editing tools so necessary to make progress.  Could I be a better photographer? Maybe. Am I willing to put into it what Bob, Christen, Mark, Kevin and Judy do? Probably not.

When presented with that wonderful, “nice camera, I bet it takes great pictures,” a photographer friend likes to relate this story.  “At a gallery open house featuring a friend’s photographs, one of the patrons remarked to him “these are amazing photos, you must have a really great camera.” He cringed but said nothing. A few weeks later, he found himself at a dinner party at this woman’s home. She served a delicious meal and afterward, the guests remarked at the terrific food. As he left he told her, “The food was fantastic! You must have a really great stove.”

Of course, over-dramatic, but it makes the point that when a chef is talented, the equipment they use is of little consequence.  Next time you see a photographic image that moves you, acknowledge the skill and work of the photographer in capturing that remarkable image, knowing it could have been with a phone camera or pricey professional equipment. It’s the photographer, not the tool, that makes the difference.