Health Issues (Part 1 of 3): You’re not going to believe this! 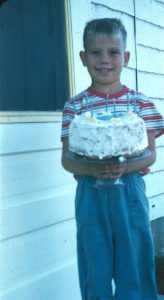 If I do this right, you’ll not be bored. Having Open Heart Surgery at 15 years old in the summer of 1965, I became somewhat of a medical anomaly. As unusual and traumatic as that was, I managed to up the ante 50 years later and heart issues have been my primary concern the past few years. I’ve broken this story into 3 short bite size “parts.” If things medical turns you off, just hit delete. But it’s a pretty cool story. Here goes:

Just short of two years ago, in April of 2018, at the Mayo Clinic in Rochester MN, I underwent an 11-hour open-heart surgery. This highly complex, risky surgery occurred just two years after another open-heart surgery (in 2016) at Mayo Hospital in Arizona where they replaced my ascending aorta and aortic valve. Medical technology and my history have overlapped. Things began when I was 15 years old.

One hurdle to signing up to play football in Fairmont, Minnesota in the 1960s was having an approval form signed by a local doctor. After my ninth grade classes one afternoon I kept an appointment with Dr. Kramer, who had an office a few blocks from the junior high school. After a few minutes in his waiting room with old copies of Family Circle and Life Magazine, I entered the exam room, stripped to my underwear and a routine physical exam commenced. Doing the blood pressure test himself, Dr. Kramer seemed to be having an issue with mine. He asked if I’d run to his office from the school, maybe afraid of being late for my appointment? I said no, I’d been in no rush. He had me dress and asked me to sit in the waiting room for a few minutes. I did. A half hour later he called me back and he began again. Still, no luck finding blood pressure readings that made sense to him. As my mother was a nurse at the local Fairmont Hospital, Dr. Kramer knew her well. With me in the office, he picked up the phone and explained to her what the blood pressure tests were saying to him. He said he wanted a colleague specializing in heart issues to examine me and see what he thought.

A couple of weeks later I had another appointment, but this time my parents both came with me, my first clue that something might be amiss. After an exam that included lots of listening with a stethoscope, blood pressure attempts on my arms and legs and questions about my sports participation and things I could do easily and ones I found difficult, he announced he was fairly certain I had a coarctation of the aorta. This is a constriction or narrowing of the aorta, the large blood vessel that branches off from my heart, delivering oxygen-rich blood to various parts of the body. The constriction forced my heart to work harder to force blood through the narrowed part of my aorta causing an enlarged heart and chest, blood circulation and pressure was very high in my arms and above my chest but almost undetectable in my legs. He also heard some murmurs, indicating there likely were some holes between the chambers of my heart. He said he would call colleagues of his at the pediatric department at the University of Minnesota Heart Hospital and recommend me for open heart surgery to correct these issues. A few weeks later I’d been scheduled for open-heart surgery in August of 1965, a month before my 16th birthday. I was happy, the surgery wasn’t to occur until near the end of summer, not the beginning. At that age, my summers were far more important and interesting to me than the school year.

Next: Health Issues (Part 2 of 3): Yes, they operated on kids back then.