Recovery from my April 2015 OHS (open heart surgery) seemed to be going splendidly except for a persistent cough.  It would just not go away. Recovering in San Diego, we consulted respiratory experts at Scripps Memorial Hospital, but no cause was found.  Back at Mayo in Phoenix, experts diagnosed it as a throat damaged during surgery and a speech therapist gave me exercises and lidocaine to relax throat muscles.  Although this helped with the cough, I kept feeling something was wrong in my chest. A sort of bubble began to develop near my surgery site which was diagnosed as a keloid, a not uncommon occurrence post-surgery.

Then, on Sept. 4, the bubble on my chest burst, unpleasant but not painful.  At my surgeon’s office, I showed him what had happened. He surprised me and I was hospitalized immediately.  The next day, the Saturday of the Memorial Day weekend, an entire surgery team interrupted their off-time to operate on me. But before I could be discharged, they decided they hadn’t removed quite all the bad stuff and so went back in to take more material.

These two surgeries left me with a rather large hole in my chest, as they attempted to get at and eliminate the infection they now believed was in my chest. After a two-week stay and these two surgeries, I went home with a wound vac and regimen of twice-daily bags of antibiotics delivered by an IV – with nurses showing up in the morning and again at dinner time to deliver the 1 – 2-hour antibiotic IV drips.  No sooner had the wound healed, than another abscess returned. This became a fairly regular event and I carried a wound kit with me where ever I went just in case.  However, these outbursts did not make me sick, so I was back riding my motorcycle, including off-road trips to Moab, UT and the Copper Canyon in Mexico. Three more surgeries were attempted, a total of five not counting the open-heart surgery in 2016 before the doctors concluded there was likely something much worse wrong and it was deep down.  Surface surgeries were unlikely to fix it. 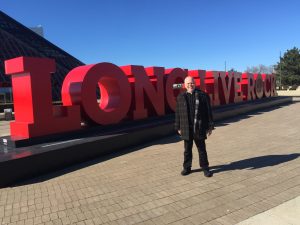 Visiting Cleveland without going to the Rock & Roll Hall of Fame is illegal.

Looking for answers Maggie and I visited the Cleveland Clinic in Ohio and the Mayo Clinic in Rochester, MN.  Both came to the same unpleasant and feared conclusion – something bad had attached itself to the prosthetic parts that had been placed in my heart in 2016, and if we didn’t find and eliminate it, I would die. And most likely sooner than later and likely rather suddenly.  Redoing a major open-heart surgery turns out to be complex and not without a good amount of risk. Fatalities in second surgeries are 10 times greater than initial OHS surgeries.  I began a regimen of fasting and a vegan diet to help get my body into shape.

I was lucky a surgical team at Mayo Rochester specialized precisely in the procedure I needed.  They were experienced at keeping a body stable and safe for the many hours this surgery requires, as well as all the intricacies involved in cutting away the bad stuff, finding new, healthy, uninfected tissue and sewing in new, clean parts and irrigating the area post-surgery for days to stop any infection from starting again. On April 23rd, 2018, almost exactly two years after my first surgery, Dr. Pocchetino and his team began the surgery at 8 AM.  Ten hours later, at 6 PM they finished and met with Maggie, Ginger, Naomi, Ron & Gwen Herem at 6:30 pm and told them I’d survived and they’d accomplished everything they’d set out to do, and they could see me in about an hour.  They brought me out of the anesthesia for a couple of minutes to test my brain function and see if I recognized my family and then put me out until the next morning. 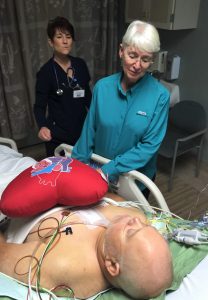 Recovery from this second surgery was more difficult and extended.  We were kept at the Mayo Clinic’s Hospital in Rochester for ten days and then an additional 5 days nearby for twice-daily antibiotic IV drips. The IV drips were accomplished through a port located under my left arm and terminated into a vessel just above my heart — “the Niagara Falls of the circulatory system,”– as one nurse put it. In a coordinated move on May 5, I had my IV drip at Rochester Mayo in the morning, got to the Minneapolis Airport, flew to Phoenix, then immediately went to the Mayo Emergency Room for a pre-arranged IV drip there.  But I was now home, and began 8 weeks of twice-daily IV drips at Mayo’s Infusion Center.  After the first weeks when Maggie would drive me, I got my driving privileges back. Every morning I arrived at Mayo’s infusion center and spend the next two and a half hours hooked up to an IV, typically with three different drugs being administered.  I was out by mid-morning and could start my day. At 6 PM, I was back in the Infusion center for my evening dose, typically just under two hours. This was repeated every day, without a miss, for over 60 days. Needless to say, I was on a first-name basis with the Infusion Center staff. After the IV’s stopped, I was put on a daily oral antibiotic which I’ll probably take for the rest of my life.

As of this writing, it’s coming up on two years from this second surgery. Recovery has been more difficult but I’m doing very well.  I’ll be taking Warfarin and this low-level antibiotic for the rest of my life.  The infection has not reoccurred, which is wonderful, as they’ve told me they won’t be able to do another open heart surgery on me – I’ve reached the maximum number that can be done.  The remaining issues are no longer life-threatening. I’m doing the things I need to do from a medical standpoint and all the fun things I’ve had to postpone. Life is good. 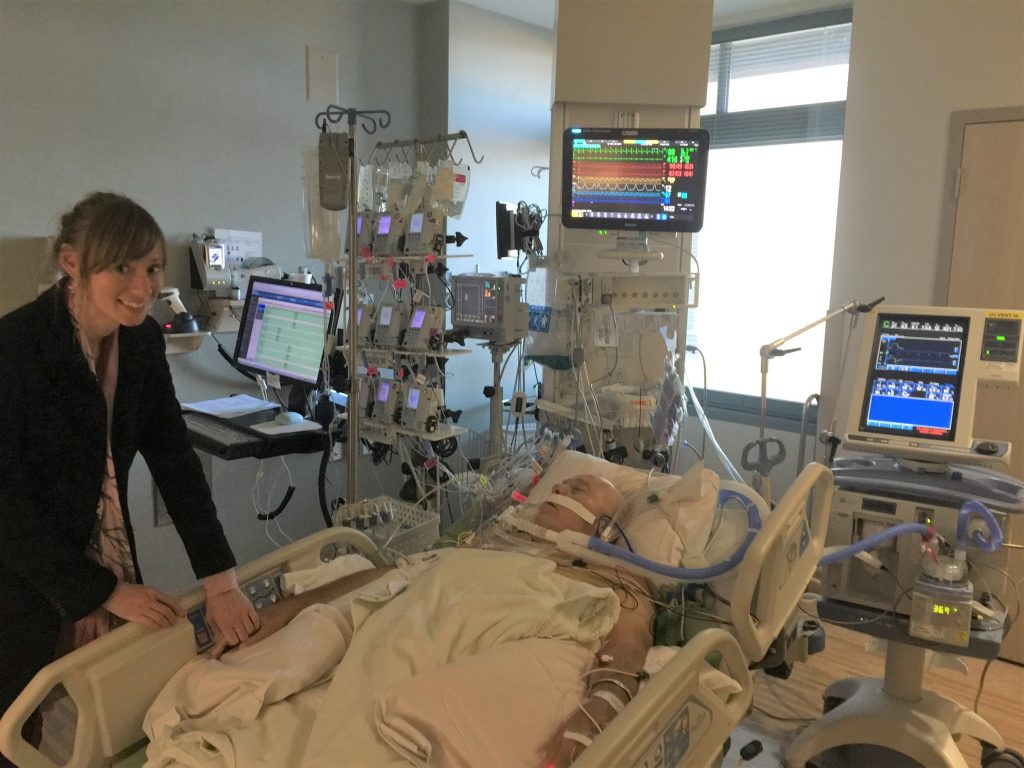 There was a lot of competition to all the things hooked up to me. Ginger kept an eye on everything.