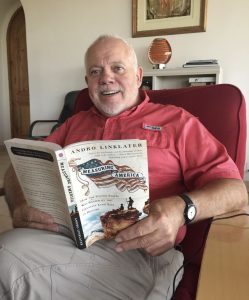 Reading books is an addiction which began for me in grade school and only in my busiest years have I not been in its clutches. You will learn my top four non-fiction books for 2020 in this newsletter, but not before I make you wade through the story of how I became a reader.

By the end of third grade at Lincoln School in Fairmont, MN, I suspect I’d not yet learned to read. Maybe a wee bit, but not very well, certainly. I have reproduced my third grade report card chronicling my failures and my teacher’s recommendation to repeat third grade. My parents, sensitive to the trauma I would undergo the following year as my classmates moved on and I remained with a group of younger kids, transferred me to what was then called a “parochial school” – a church sponsored school. Starting in this new school in the 3rd grade (again) had no noticeable stigma as all the kids were new. What was different was what had happened over that summer.

In the summer of 1959, following my grade 3 failure, I began playing with a neighborhood kid a year older whose parents allowed him to have comic books. This was way cool, as comics were not allowed in our house. I loved reading them, except at first, it was hard to figure out the words in the bubbles above the various characters’ heads. Remembering “sounding out” exercises from school and with my friend’s help, by the end of the summer I was reading pretty well, albeit just 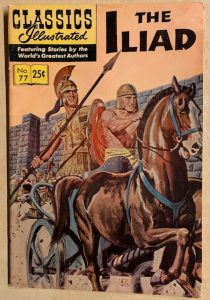 comics. My mother noticed my interest in comics and, while she refused to buy Superman, Batman, Archie or Donald Duck, she found “Classics Illustrated,” a publisher who took “stories by the World’s Greatest Authors” and turned them into comic books. Soon I’d read and re-read A Tale of Two Cities, Lorna Doone, The Man Without A Country, The Virginian, Hamlet, The Last of the Mohicans, Uncle Tom’s Cabin, Moby Dick, Wuthering Heights, Crime and Punishment, The Iliad, The Count of Monte Cristo, A Tale of Two Cities, War and Peace, Silas Marner, Lord Jim and many others. I still have 17 of these comics in decent — although well-read-condition. When I got older, I felt compelled to read the full novels, and in some cases I did.

In my second shot at 3rd grade, I still hated school, refused to pay attention or cooperate. But a librarian at the school introduced me to Jack London’s novels (White Fang, The Call of the Wild, To Build a Fire) and then to a whole shelf filled with historic fiction. I began tearing through the entire lot. I discovered I could hide a book behind a notebook, out of sight of the teacher, and read throughout the school day, only looking up toward the teacher when I turned the pages. While I could read, I still stunk at school and hated it.

In high school one semester they offered a class in speed reading. That class, along with typing and driver’s ed, were the only classes where I got decent grades. But then, in the 11th grade, two teachers took an interest in me. From one I discovered the debate team and theatre, completely changing who my friends were, and from the second, a single comment changed my life: “You know, you write very well. You should come help us on the school paper.” From C and D grades in 10th grade I made the dean’s list in the 11th, and when I transferred to Mayo High School in Rochester for my senior year of high school, I left the bad student persona behind and spent grade 12 as an A student.

In college I found time to get through my assigned textbooks while adding what my student colleagues were reading as “recreational literature.” I remember devouring The Lord of the Rings books, Asimov’s Foundation Trilogy, and anything by C.S. Lewis. My roommate at the time, Lloyd Schley, was a philosophy major and introduced me to new books and writers. Although having read Huxley, Orwell, Dostoevsky, Vonnegut and Voltaire in my high school Humanities class, Lloyd expanded my philosophical novel list extensively: Hermann Hesse (Glass Bead Game, Steppenwolf, Siddhartha), Camus (The Stranger, The Fall), Ayn Rand (The Fountainhead, Atlas Shrugged) and Huxley (After Many a Summer). These were before hitting me with harder stuff from Bertrand Russell, Being and Nothingness, Camus’ The Myth of Sisyphus and Friedrich Nietzsche (Thus Spoke Zarathustra and Beyond Good and Evil), his favorites. I got lost on Nietzsche. I think Lloyd wanted me to read them so we could argue. Whatever the rationale, it worked.

Out of school, in my twenties, I started to care about my job and how well I was doing. I re-read Dale Carnegie’s How to Win Friends and Influence People, and a host of self-improvement books from Napoleon Hill, Zig Ziglar and about how to sell and manage. I’d just bought my first motorcycle and so loved Zen and the Art of Motorcycle Maintenance by Robert Pirsig.

In my thirties, at Control Data, there was one area in which I was insecure. To work in the group I led, you were required to have an MBA to even apply. I wondered if anyone knew I had no advanced business degree. Books like In Search of Excellence, anything by Peter Drucker, Future Shock by Alvin Toffler and Megatrends by John Naisbitt became my instructors. CDC would later hire Naisbitt as a consultant and he and I became friends. I also listened to audio tape training programs. One of my favorites was William Oncken’s Managing Management Time. It was a brilliant treatise on how to be effective in large organizations and I listened to it over and over. He was a brilliant speaker and hilarious, and his techniques for bothering to do only the work that mattered as a manager, helped me a great deal. For entertainment, spy novels were the rage and I loved all of John Le Carre’s books as well as those by Robert Ludlum, Tom Clancy, Graham Greene, Ken Follet and Frederic Forsyth. My friend David Barnett this year recommended John Le Carre’s autobiography and it was a delight to read. This was also the period in which I read The Hitchhiker’s Guide to the Galaxy, and from there fell in love with anything Douglas Adams wrote.

My forties and fifties stuck mostly along the lines of the above, but added skilled Scandinavian writers like Stieg Larsson (The Girl with the Dragon Tattoo series) and Jussi Adler-Olsen (Department Q series) and Jo Nesbo’s Harry Hole books. I’ve read everything Christopher Moore has written although I’m especially fond of The Lust Lizard of Melancholy Cove and Bloodsucking Fiends, and a host of other humor writers. I recently feigned shock and surprise to my good friend and riding buddy Kevin Brown, a former minister and theological seminary graduate, when he admitted he’d never read Moore’s book Lamb: The Gospel According to Biff, Christ’s Childhood Pal.

So, now I’m retired. I no longer read business advice books. Over the past year I’ve given away over 250 business and investment books, some dearly loved. I now re-read favorite classics and find new authors. I still love fiction and probably pick it up more often than non-fiction. This coming year I will re-read Asimov’s Foundation Trilogy as I hear they’re making a movie or series about it. My nephew Robert has got me re-interested in Science Fiction and so I’m well into several multi-book epics like The Expanse series.

You made it this far, so you deserve this, my list of the four best non-fiction books I read in 2020. It goes without saying I recommend each highly.

For every non-fiction book, I probably read ten fiction stories. So, that list is considerably longer and I’ll save that for another post. If you liked this post, let me know. I know many people don’t read books anymore, but I still love them, although I’m just as likely these days to listen to a book via digital audio as read it. I just don’t fly as much anymore, where I tried to read a book per flight. Here are four quotes from the above books:

“To take control of this materialized energy, to draw the reins over this monster with its steel muscles and fiery heart—there is something in the idea which appeals to an almost universal sense, the love of power.”
― A.J. Baime, Go Like Hell: Ford, Ferrari, and Their Battle for Speed and Glory at Le Mans

“When you are a pessimist and the bad thing happens, you live it twice. Once when you worry about it, and the second time when it happens.”
― Amos Tversky in The Undoing Project: A Friendship that Changed Our Minds, by Michael Lewis

“…the bigger problem is that we’re proud of not knowing things. Americans have reached a point where ignorance, especially of anything related to public policy, is an actual virtue. To reject the advice of experts is to assert autonomy, a way for Americans to insulate their increasingly fragile egos from ever being told they’re wrong about anything.”
― Thomas M. Nichols, The Death of Expertise: The Campaign Against Established Knowledge and Why It Matters

And now that report card. 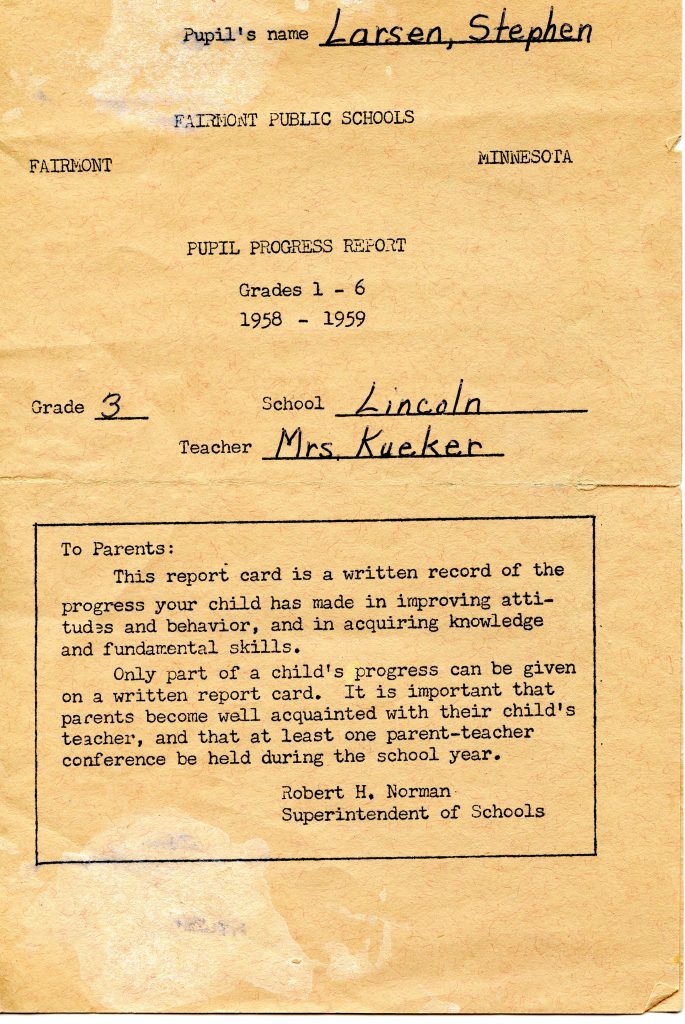 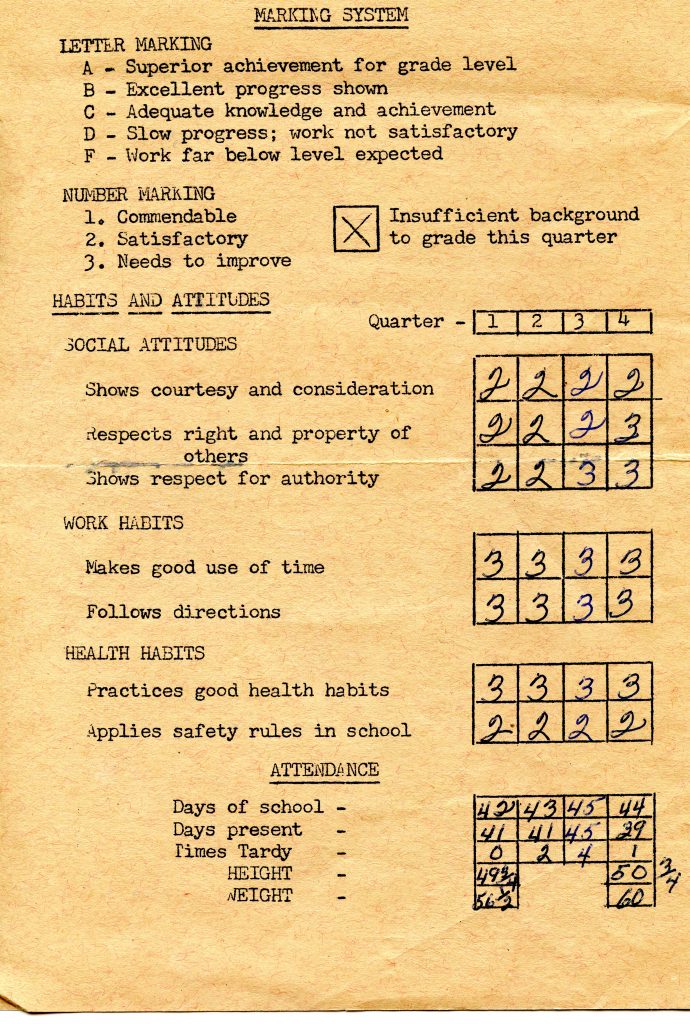 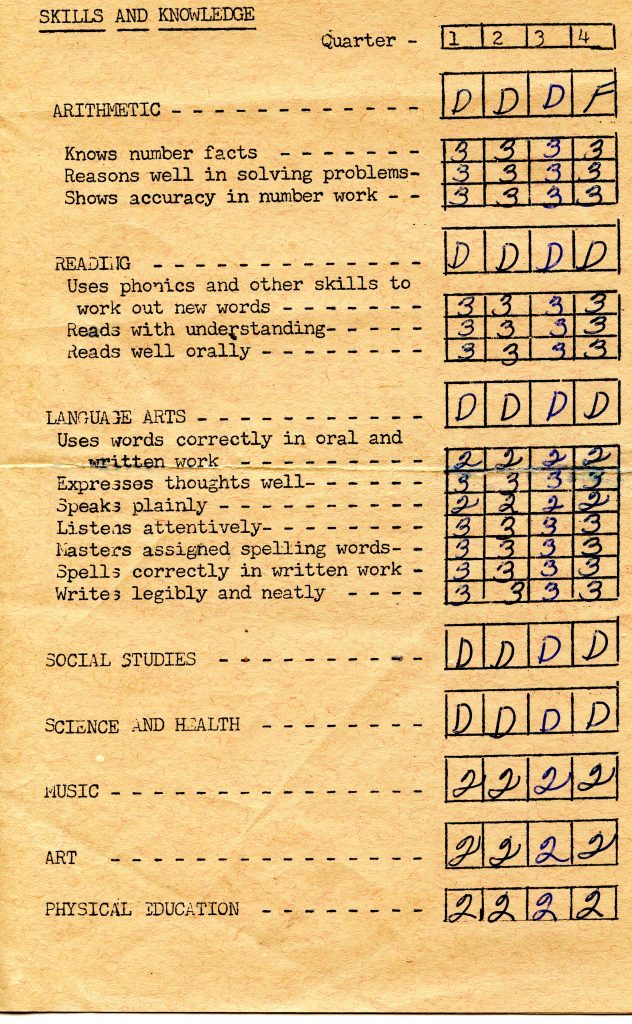 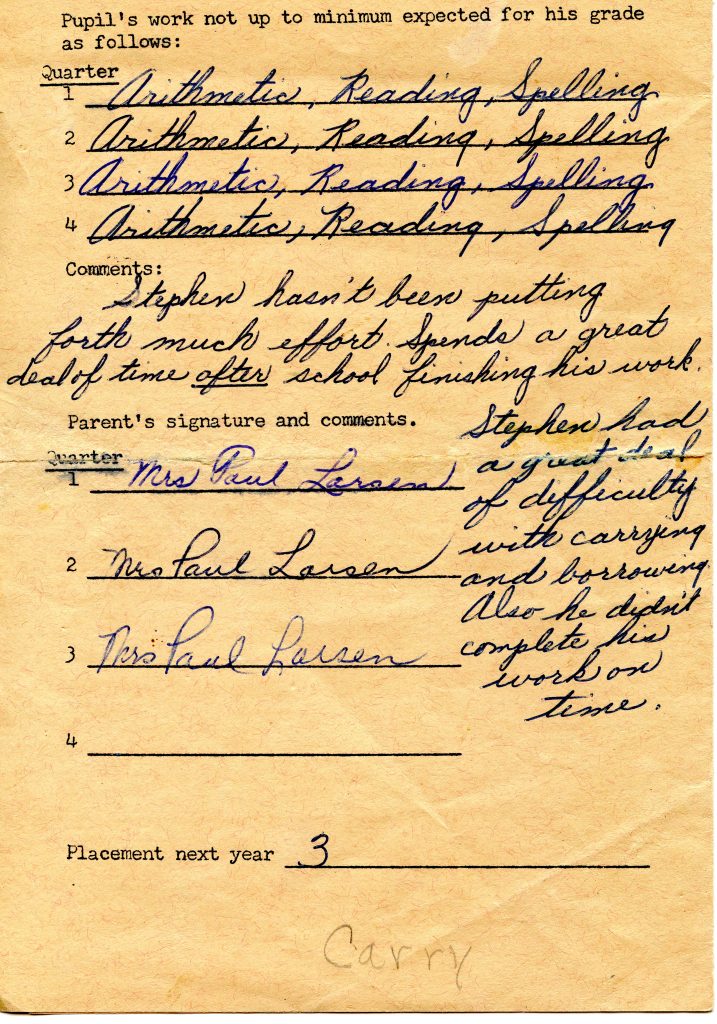