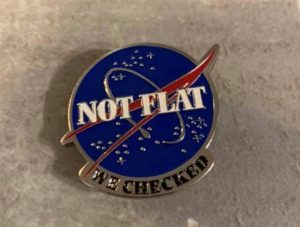 In today’s Arizona Republic newspaper one of our local columnists alluded to a certain political attack on science. Reports that “science got X or Y wrong” on topics from global warming to Covid-19 are frequent, leading me to conclude many people have a deep misunderstanding of what science is, actually.  Hopefully, I can shed some light.

Science isn’t a thing, it is a process.  It is a model consisting of specific steps designed to lead to the truth.  The scientific method dictates how experiments must be done. It specifies double-blind testing and other processes to eliminate the influence of bias or prejudice.  That is science, an objective, standardized approach to conducting experiments and, in doing so, improving the accuracy, consistency and reliability of the results.

No matter the field, from biology to physics and engineering, the process of making observations, testing, and continuing to revise a theory based on the results remains the same.  My friend Frank was involved in software testing in his business career.  He knows firsthand how the process works and why it was so important, even when his superiors at the time pushed to bypass testing or minimize its importance. A scientific theory is an explanation of an aspect of the natural world that can be repeatedly tested and verified, using accepted protocols of observation, measurement, and evaluation.  Theories are tested in experiments under controlled conditions.  Established scientific theories have withstood hundreds and even thousands of rigorous tests and close scrutiny to become what now embodies “scientific knowledge.” Sometimes people attempt to denigrate certain aspects of scientific progress by saying “it’s just a theory.”  Technically, in scientific terms, that is correct.  But gravity is also a “theory,” although I’m not sure how many people would wish to throw themselves off a cliff with the idea that “falling is just a theory.”

As additional scientific evidence is gathered, theories are frequently modified. On occasion, it can be rejected entirely if it cannot fit the new findings.  That does not mean all theories can be fundamentally changed.  Foundational scientific theories such as gravity, evolution, heliocentric theory, cell theory, plate tectonics, germ theory of disease, and many others aren’t going to change.  Paleontologist Stephen Jay Gould explained it like this “…facts and theories are different things, not rungs in a hierarchy of increasing certainty. Facts are the world’s data. Theories are structures of ideas that explain and interpret facts.”

The scientific method consists of the basic steps below and what led to the breakthrough in medicine responsible for my being here today. I’ve included a diagram of the scientific process at the end of this article from Wikipedia. 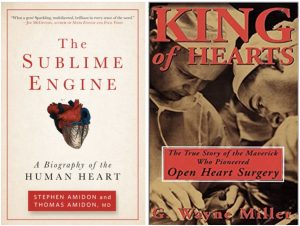 This past year I read two history books on how open heart surgery began and how we got to where we are today.  One is “The Sublime Engine” by Stephen and Thomas Amidon.  The other is “King of Hearts: The True Story of the Maverick Who Pioneered Open Heart Surgery” by G. Wayne Miller.  The topic interests me, of course, as I had my first open-heart surgery when I was 15 years old in 1966. While far enough along back in 1966 to confidently predict good results, the dangers in this surgery have been reduced a hundredfold since then by repeated experiments which these books chronicle. My family and I were relieved that although I had two additional heart surgeries in 2016 and 2018, much of the medical mysteries surrounding my particular heart issues have been uncovered.  You can read more about those surgeries here.

What I like most about the scientific process is that once you’ve crafted the hypothesis you wish to test, you set up your experiment to not only find data to help prove your theory but also identify what factors, outcomes and data may potentially arise which could disprove or raise doubts about your hypothesis. You must try your damnedest to prove your hypothesis is wrong because in so doing, you test that it’s right. You can’t focus only on the affirmative – you must construct the negative arguments as well.  When setting up an experiment, there is a human tendency to want it to be true and to prove it is so.  The scientific process anticipates this human bias and compensates with how tests must be set up, such as double-blind testing, but also in requiring strict and exhaustive peer reviews.  Many scientists make it their cause to repeat experiments with greater thoroughness than the original work to cast doubt on conclusions.  In science, this is not bad manners but a highly-respected and important part of the process leading to the truth.  During my debate competitions in high school, my partner and I often did not know on which side of a proposition we would be arguing until just minutes before the competition began.  Learning to be equally persuasive and able to support both sides of the debate resolution greatly sharpened and deepened our understanding of the issues we debated.

While my parents were very religious, I am eternally grateful when the life of their child was on the line, they chose science and the medical establishment to find a solution to a defect in my heart that would have ended my life at a relatively young age.  Science seeks the truth. And it does not discriminate. For better or worse, it finds things out. Science is humble. It knows what it knows and it knows what it doesn’t know. It bases its conclusions on hard evidence — evidence that is continually updated and upgraded. It doesn’t get offended when new facts come along.

It is unclear to me what process those who claim science is “wrong” would have us use in its place. Should we adopt a “might makes right,” approach, where whoever’s bigger, stronger or richer gets to dictate what is true? Perhaps we should allow truth to be determined by whatever political party accumulates the most votes in a particular voting season? Frankly, the idea of accepting the opinions of actors, musicians, politicians or religious leaders over the findings of a group of established scientists just seems wrong.  Is it rational to decide the truth for your life based on slogans, wishful-thinking and superstition?

I’m grateful to be in the final third of my life.  I doubt I’ll ever see the results of a society of parents who choose to ignore science and not vaccinate their children against polio, smallpox, measles and Covid-19 and whatever else we vaccinate against.  Vaccines save lives.  Science saves lives.  I believe in saving lives through knowledge.  Science is the right path to gain that knowledge. 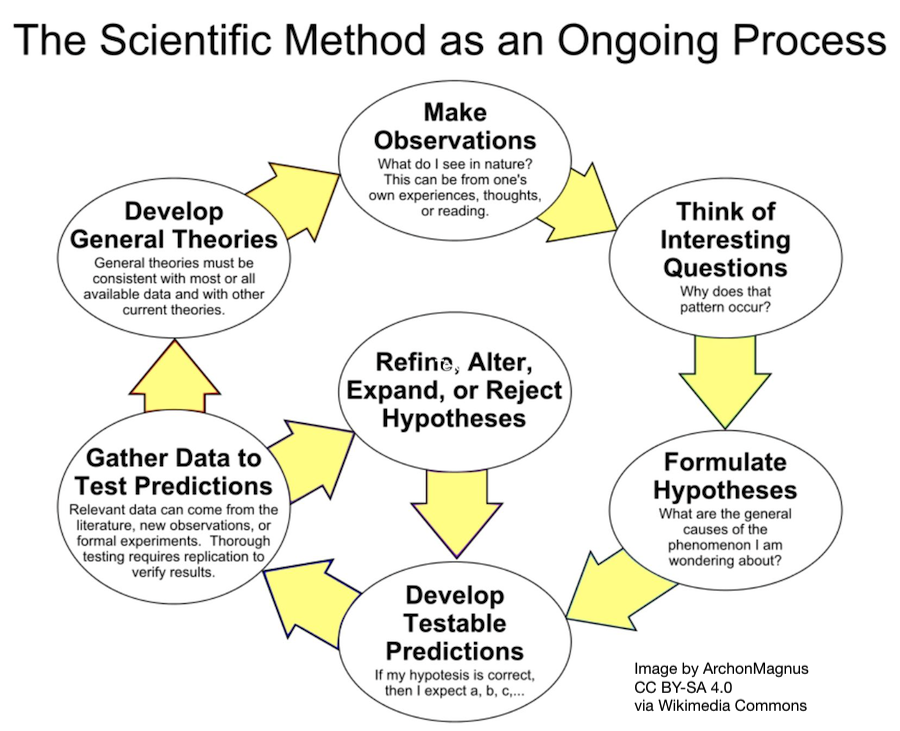