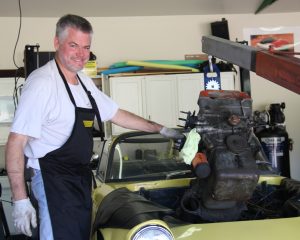 Jim Unsworth guiding the dirty Elan engine out of the car.

Jim Unsworth is an aerospace engineer with a passion for restoring and rebuilding cars.  In addition to rebuilding Jags, MGs, Ferraris, Lamborghini’s and Triumphs, he is especially adept at engine modifications including computer simulations of proposed modifications, porting and flow testing, tuning and even transmission rebuilding.  Plus, Jim has a full flow bench in his garage. This work is a mixture of technical acuity, art, intuition and feel.

First the Elan head was flow tested in its baseline condition (combustion chamber and valves were decoked first).  Next, the carbs were installed and baseline testing was repeated. Testing continued with a radius inlet and the air filter assembly.  Baseline testing established where most of the gains were likely to occur on this engine/head. 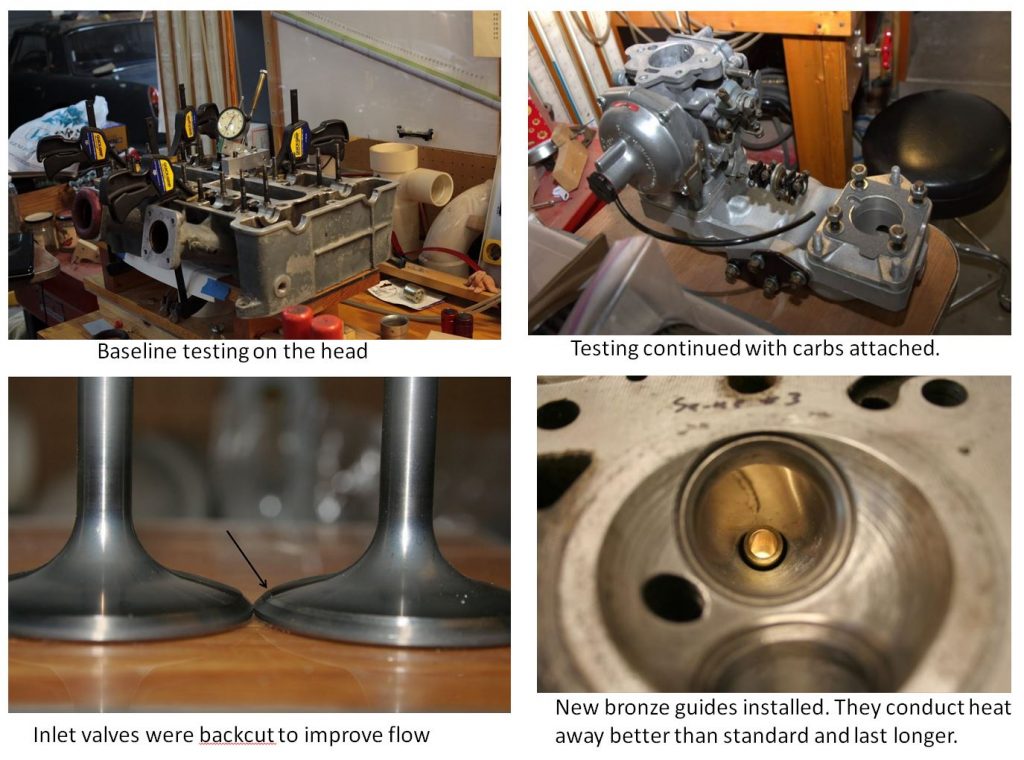 It turned out that several of the exhaust manifold bolt holes could use repair, so this was done. 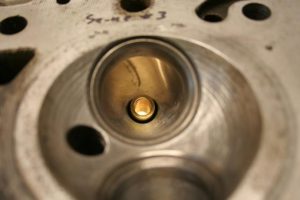 New manganese bronze valve guides were installed.  These conduct heat away from the valve much better than standard cast iron guides plus they last longer.  New viton valve seals were installed. The inlet was cleaned up and a full radius was formed where the two inlets converge.  This modification alone should likely be worth a couple of CFM.

A multi angle valve seat was cut.  Many valve seats from engines built in the 60’s are just one 45 degree cut.  This Elan engine was no exception.  With the new valves used, intake increased from 1.53 inches to 1.56 inches.  Opening the seat to the same diameter as the valve effectively makes the valve bigger. 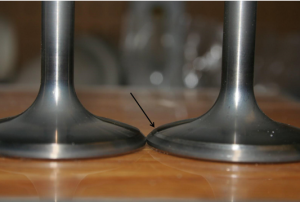 Carefully tailoring the width of the seat and adding two extra cuts is another critical modification to improve the flow.  Next up the inlet valves were undercut to improve flow.

A set of top-of-the-line valve seals were used and then customized to fit the Lotus.  The Lotus has very little room between the valve guide and the valve spring retainer.  Valve seals are critical to minimizing oil consumption and smoking.  Valve seal modifications included modified retainers that were shortened to specifications provided by Dave Bean Engineering.  Guides were trimmed and measurements taken to insure there was enough room for the seal with a good safety margin.

Valve springs were shimmed to insure all of the springs provide the precisely correct seat pressure.  Keepers and retainers were custom matched to the valves to minimize the variation.  Shims were custom made to fit the Lotus head and to set the correct spring height.

Bronze tappet liners were installed on the exhaust side since the original ones had moved.

The carbs were rebuilt, preserving the original emissions stickers.  All the hardware was cleaned, the crossover caps were reshaped and painted and all threads chased.

Cams were installed with new bearings and a new valve lash set.  Dave Bean Engineering supplied thin top tappets for the intake side to compensate for the 0.03” longer Sprint Valves that we used. Everything was blueprinted.

This sort of detailed flow and blueprinting work is not all that common, but its worth the effort.  The entire process is described by Jim Unsworth in more detail in this document.  It also isn’t inexpensive.  The entire process with the head was just over $2,445.  Invoices showing what was done are linked.  Having this work done today would likely cost double this amount.

The finished head was tested and showed a 15% improved flow over stock at 0.350” lift.  This is significant and well worth the extra work and diligence to get it right.