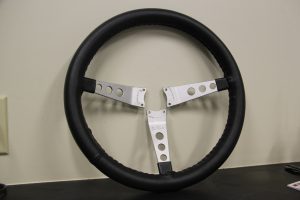 The interior was worn and dirty.  However, all the pieces were still in place and it was easy to use the originals as templates to build new pieces.  The car has its original Lotus Elan Colin Chapman engraved steering wheel which was in great shape.  We took the narrow original Elan steering wheel and covered it with a rubber hose to make it thicker.  We then stitched a new leather cover over it.  The original Elan shift knob is still there and the seat belt buckles were all in fine shape although the belt fabric was replaced.  A dead-on reproduction of the foil tabs that went on each seat belt was found in the UK, ordered and installed.

The electric windows worked fine in the original car, but all the parts were replaced with new, except we kept the original motors.

The original soft top was not worth saving.  We sourced a new one from Dave Bean Engineering who got it from Robbins Auto Top in Oxnard, CA.  It is a super top quality top and looks great on the car. 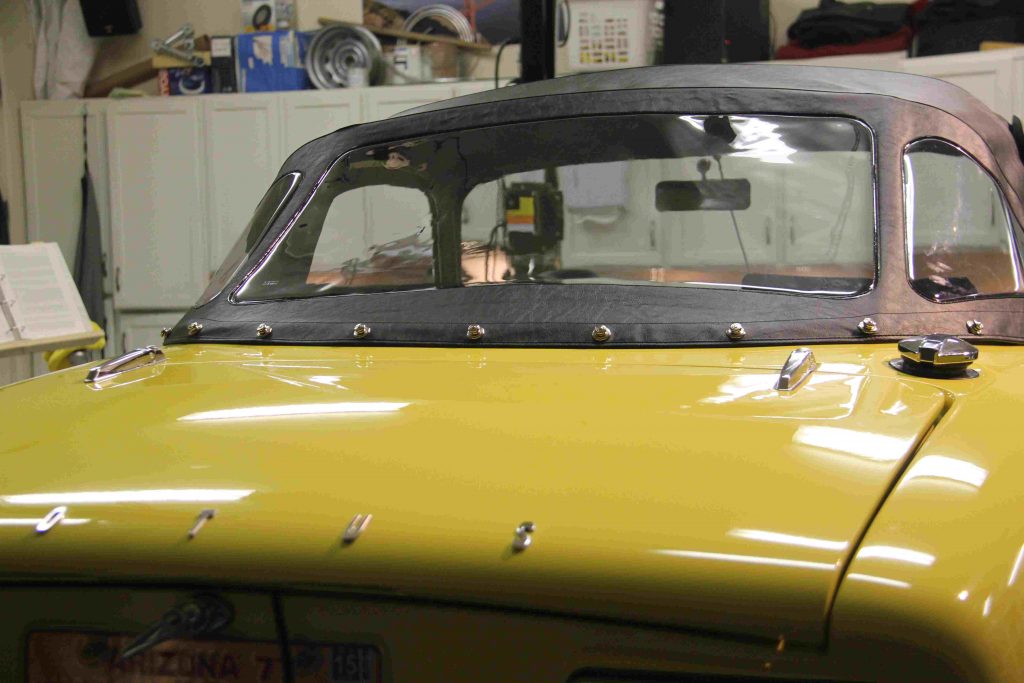 The tonneau cover that had originally come with the car, on the other hand, was in pretty good shape, so it was decided it would be fun to keep it.  Able Upholstery in Phoenix put in a new zipper and reinforced a couple of areas that were beginning to show signs of weakness, but it’s the original cover.   Next we removed all the old fiber-board backing pieces and, using them as templates, created new ones, which were then covered with carpet.

The inside of the car was covered with a special sound deadening foam material.  The soft, sticky side went down directly to the fiberglass interior.  The aluminum foil backing made it easy to form and stay in place.  New carpet was glued to the aluminum back of the sound deadening material. 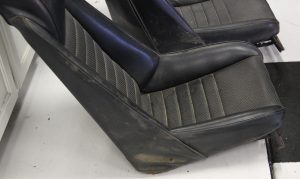 Original seats were in surprisingly good condition, just worn and stained in places.

Both seats were rebuilt with new stuffing by Able Upholstry.  Any rust on the interior metal parts was removed and the interior of the seats were all repainted with POR15, which will inhibit any new rust.  We were lucky and found new vinyl material for the seats that perfectly matched the original pattern.

The dash crash pad had a split in the middle. We carefully removed it, repaired the crack, then recovered it with a material that looks identical to the original.

Windshield.  The price of the new windshield, shipping costs from the UK and the two special lengths of rubber surround to mount it, resulted in the new windshield alone costing over a thousand dollars, before having a professional installer put it in.  But it looks great as the original was pitted and while not noticeable in the day time, caused problems with visibility at night.

The dash was sent to Madera Concepts in Goleta, CA.  The wood was chosen to match the original and it does.  They matched the original font and applied labels for the various functions on the dash with an important upgrade – they put the labels on before applying multiple applications of the clear coat. This means that the labels won’t peel off or fade over time. 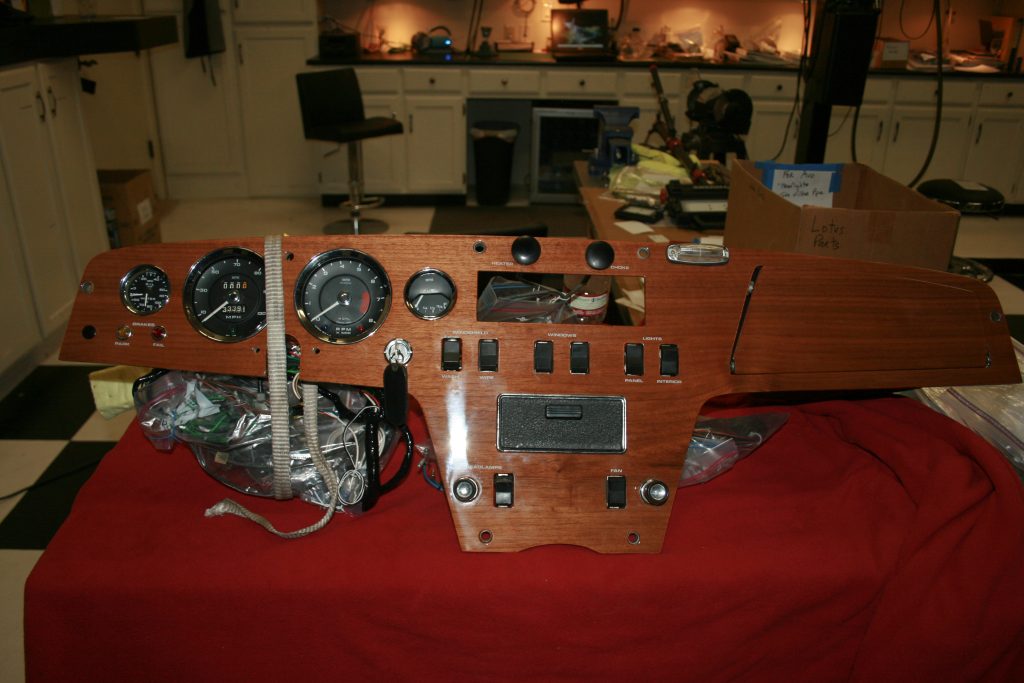 The new dash, complete with its rebuilt gauges and new wiring harness attached.

The existing valances were replaced with new, as was the center console.