The Elan frame and chassis is famous, so no expense or shortcuts were ever contemplated.  After a good bit of study and conferring with Brian Buckland, we knew exactly what we wanted to do.  We began by having Arizona Powder Coat fully clean the frame using their  walnut shell process of sandblasting.  It is very effective at removing dirt, oil and other debris from the frame without disturbing anything else.  Once clean, it is delivered to Fathead Fabrication, a master fabricator and welder, known for his design work for race cars and off-road vehicles.  Given the existing chassis was in good shape and the car had never been in an accident, he used the 26R chassis enhancement diagram as a reference for the improvements. 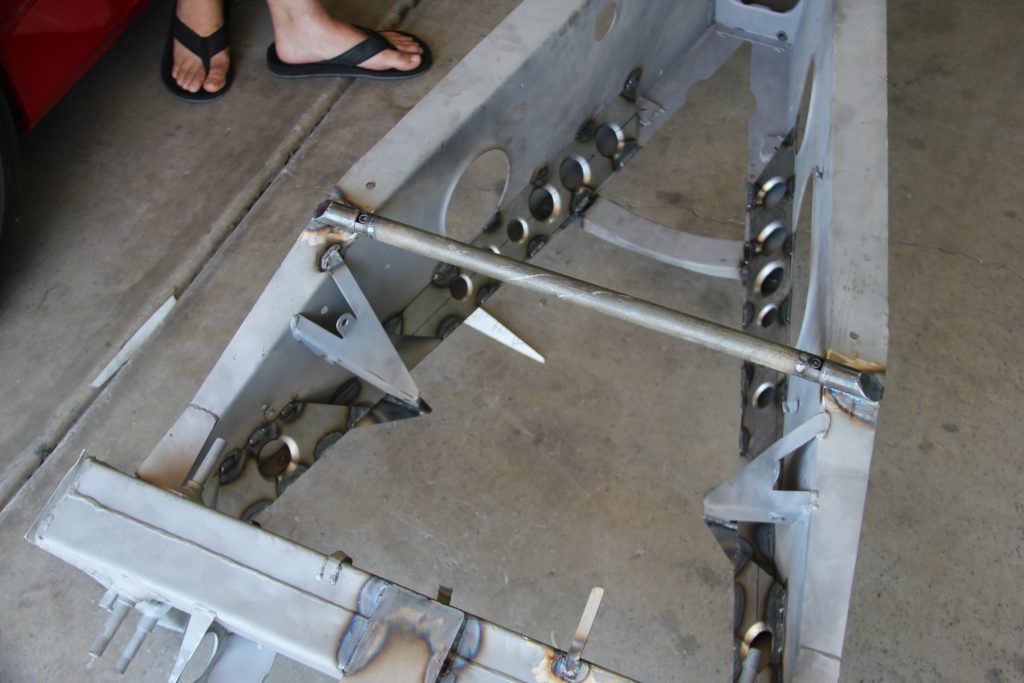 Adding these metal holes along the reinforcement strips not only reduces weight, but increases strength by 40%.

The staff at Fathead Fabrication follow the 26R frame reinforcement diagrams and additional instructions provided by Brian Buckland.  This set of 26R chassis reinforcements brings the Elan’s rigidity into the same league as replacing it with the Spyder frame or the factory racing Elan 26R.  Fathead Fabrication builds racecar frames for a living. They have keen eyes for any weak points, and made sure when the work was completed, the frame was perfect.  Details are below:

The 26R chassis enhancements were the primary guide, along with a few additional tips from Brian Buckland.

Chassis enhancements were completed by Junior Rios, an intelligent and creative fabricator and master welder with deep experience in building frames for race cars and off road vehicles.  In addition to following Buckland’s direction, Rios suggested minor touches and improvements that while adding very little weight made the frame far stronger and better.  In the end, the chassis improvements included:

Once finished at the fabrication shop, its back to Arizona Powder Coat where its new red powder coated paint is baked on. It looks great and still only weighs 85.6 lbs. 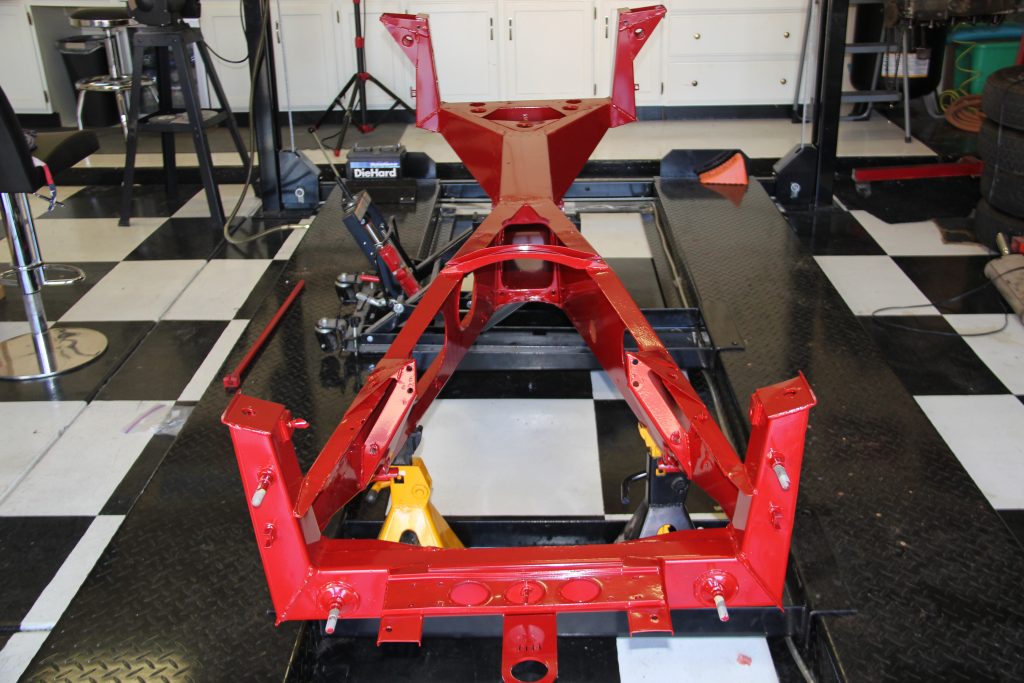