Brian Duffee is the premier engine builder in Phoenix.  They are capable and willing to modify the engine to any level of performance desired. Duffee motorsports has developed a superb reputation for the machining and building of vintage engines, as well as modern engines, as they build to the highest possible standards and are truly committed to providing the best work available.

In the end, given the great condition of the existing cams, the decision was made to reuse them.  This helped determine everything else.  Duffee disassembled the block, inspected and measured everything, then the block went 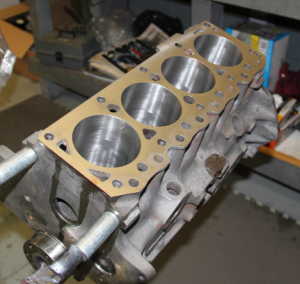 into the vat.  It was chemically stripped and then the measurement process began for new pistons.  They pre-honed the cylinders to figure final piston size and then ordered top-of-the-line, weight-matched, Carillo pistons.  Once they arrived and were sized, new rings were ordered and the block was given a final hone for the cylinders. A trial assembly was done to measure and check all clearances.  The deck block was true to desired specifications.

The crank was sent to a shop in Denver Colorado that Duffee believes does the best job of balancing and polishing cranks in the United States.  Shops in Arizona could have gotten it close to perfect, but for absolute perfection, it had to go to his source in Colorado.  The water pump was replaced with a new one.  A special baffle (windage tray) was built to reduce oil splash in the pan and to ensure the engine always has plenty of oil was installed.  The mechanical fuel pump was removed and plate put in place to cover that opening.  The oil pump was disassembled, inspected and reassembled.

View from both sides of the completed engine, still in Duffee’s shop. 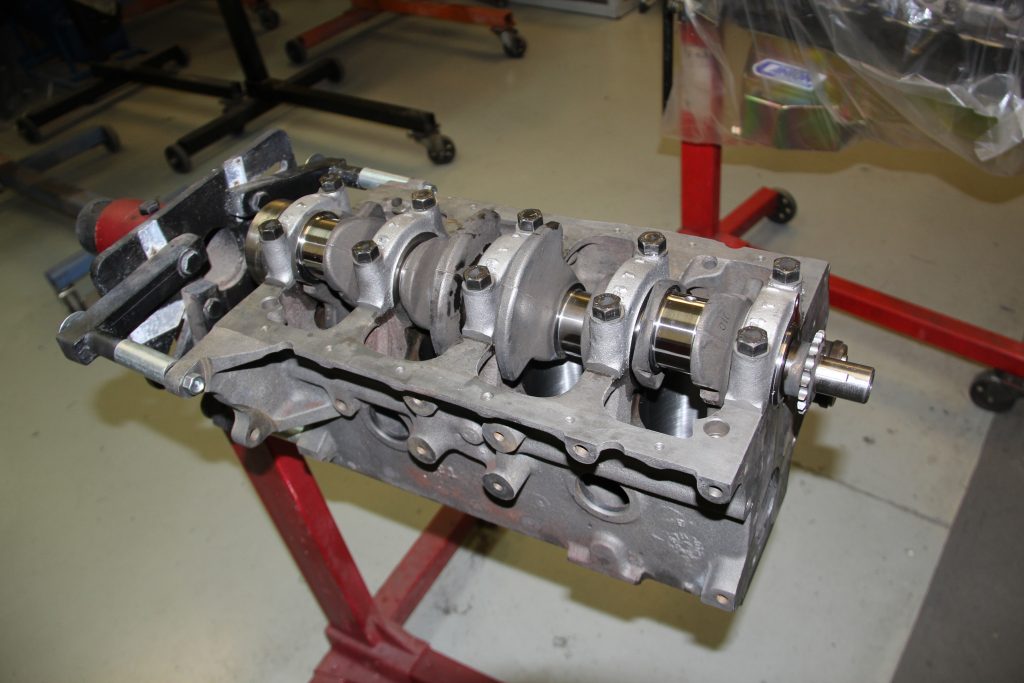 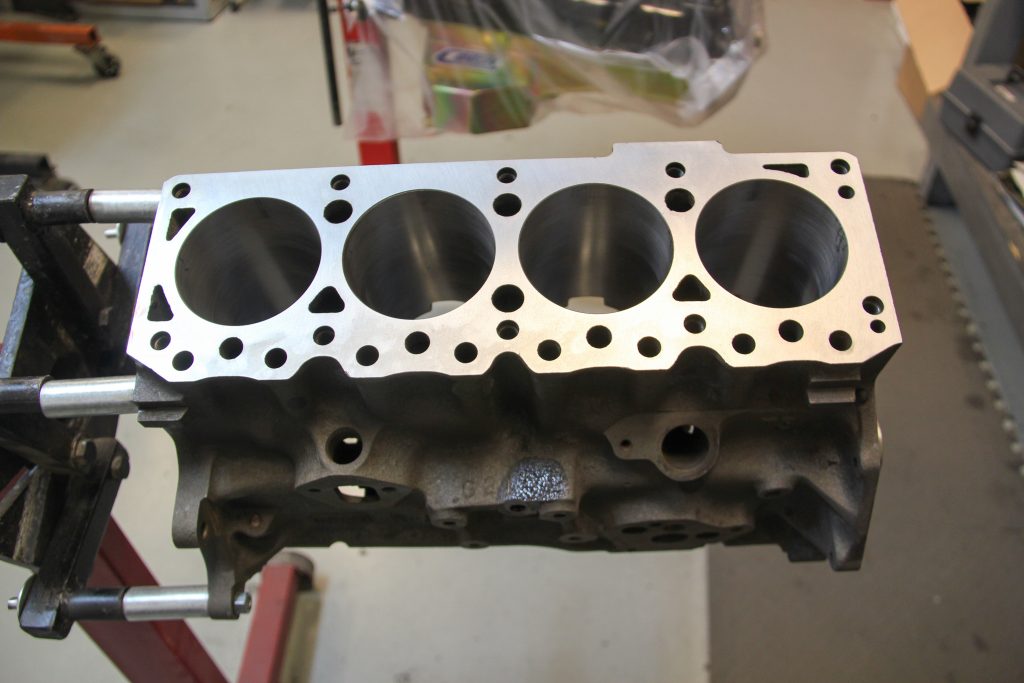 Engine after the top was planed. 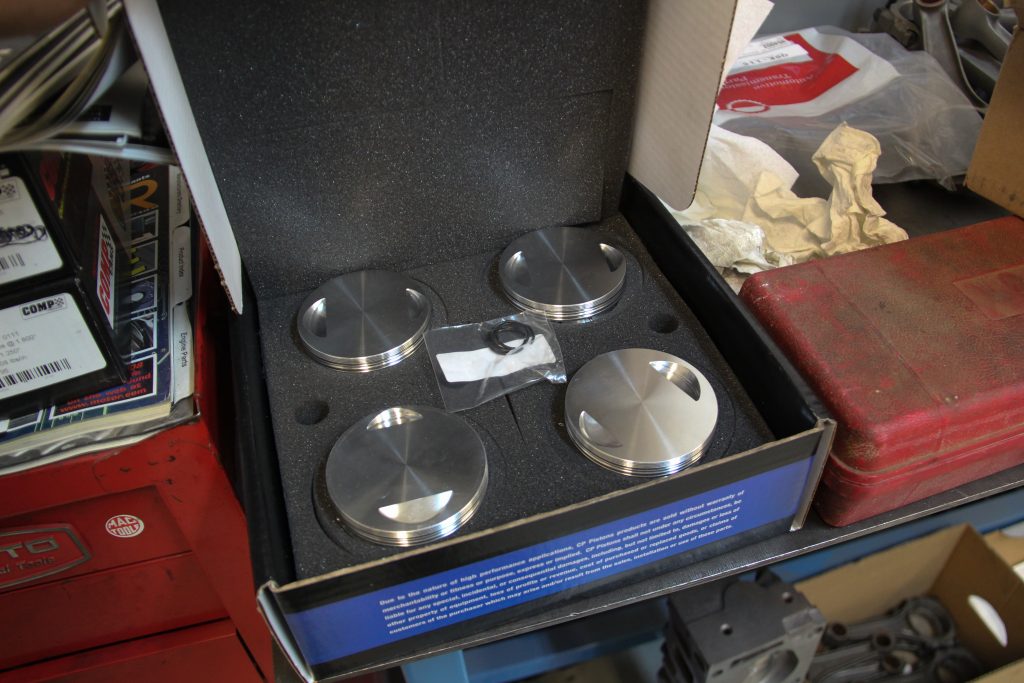 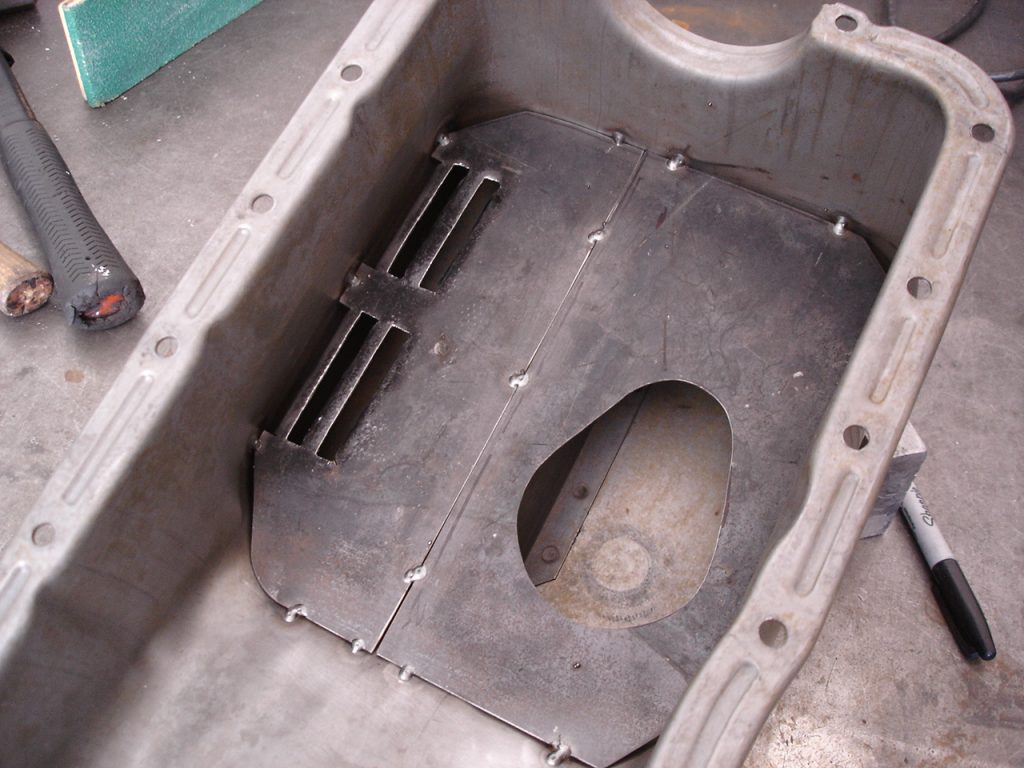 This special baffle (windage tray) was fabricated to reduce oil splash in the pan and to ensure the engine will always have plenty of oil. 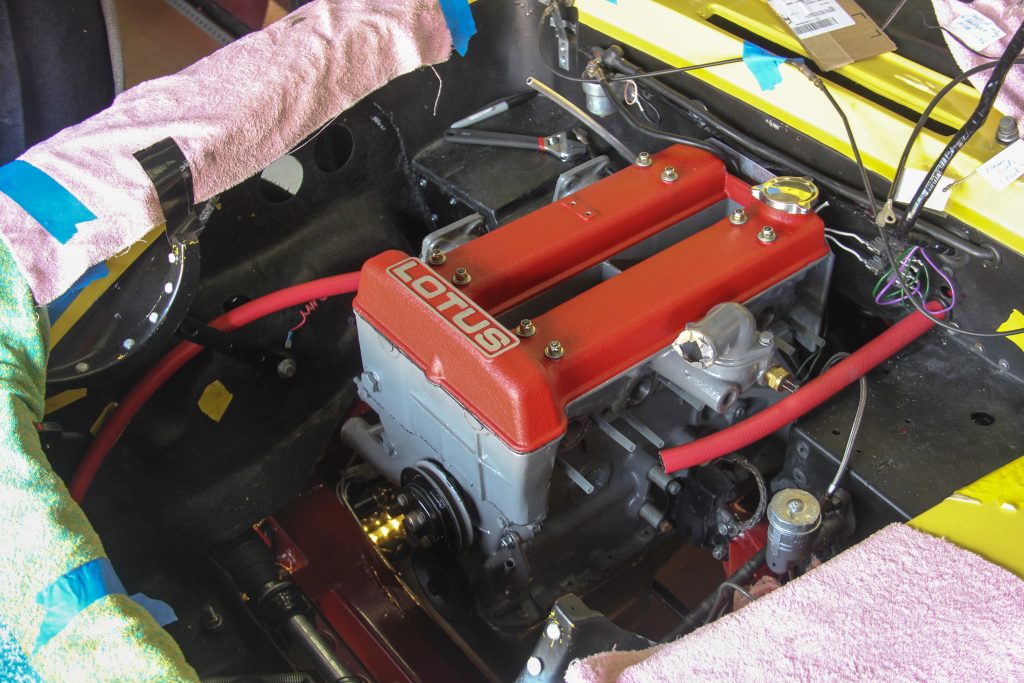 The finished engine after its been slid back into the car. Not everything is hooked up yet. 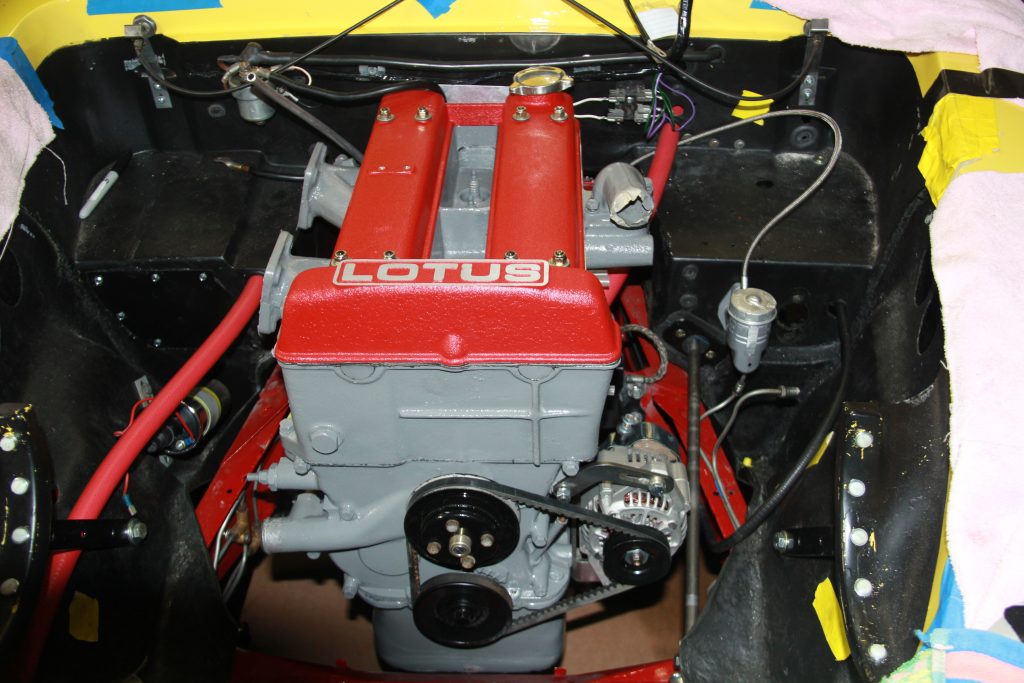 Engine with alternator and other belts attached.

Next: The Head Process