Before disassembly the car was photographed from every angle and point of view possible: from on top, sides and underneath, the engine compartment and interior.  The “photograph everything” mantra continued as the car was disassembled and more angles were exposed and made available to the camera. Just under 1,000, high resolution photos document every stage of the restoration. These photos occasionally played key roles when there was any debate about what something had looked like before it had been taken apart. 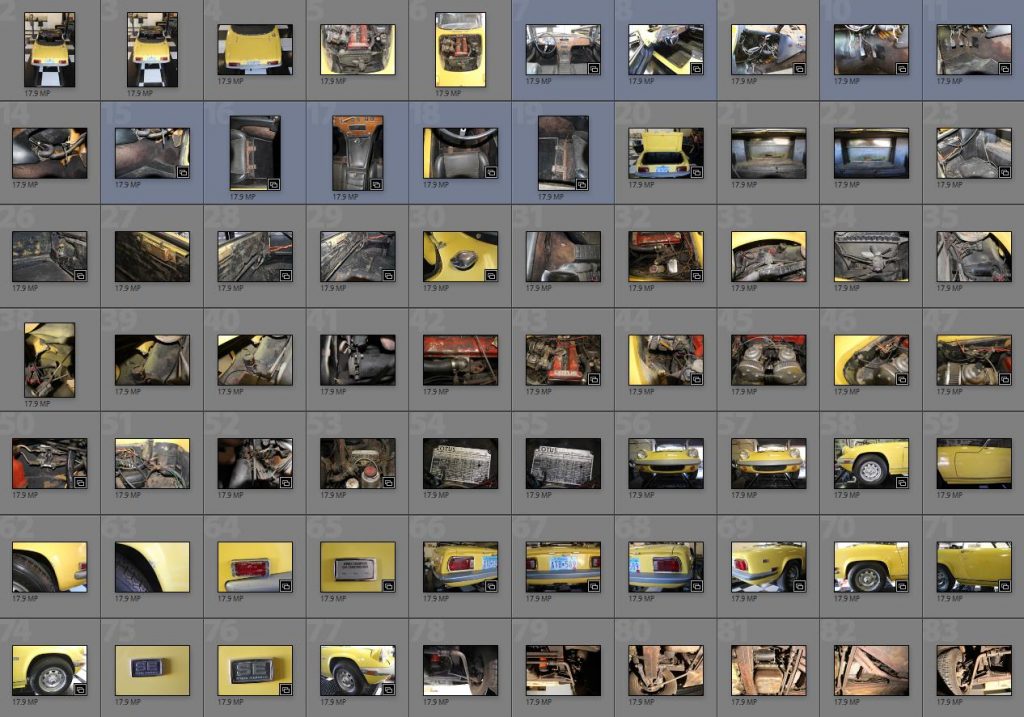 Thousands of photographs were taken before and during the rebuild process.

In the same vein, as the car came back together, hundreds more photographs of each step of the process were taken.

Next: Step 4a: Evaluation / Restoration Pluses