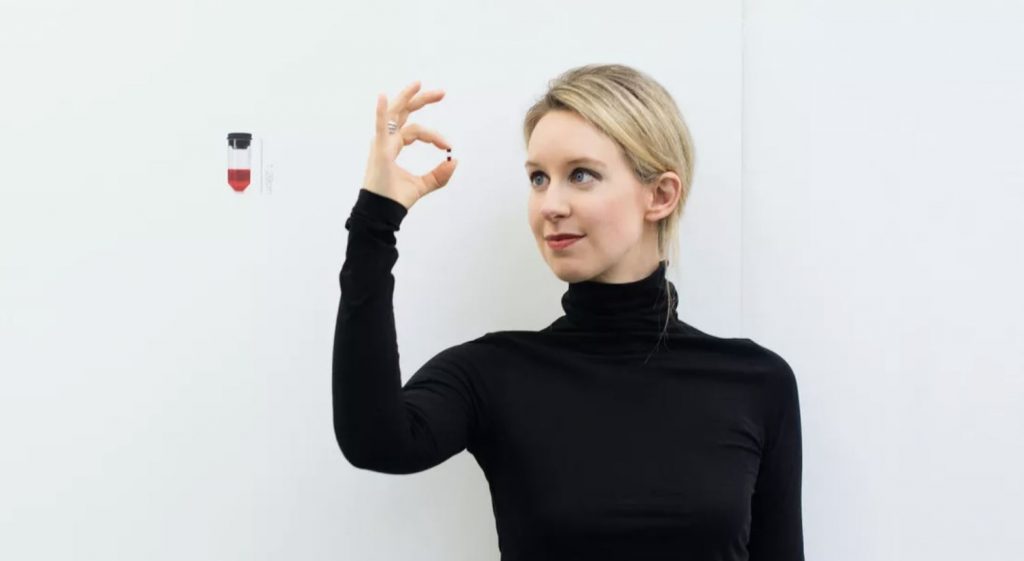 My friend, Rich Marin, has invited me to teach at one of his graduate business school classes in San Diego, on the subject of Evaluating and Using Business Ethics. While looking forward to this, it’s forced me to take several actions.  The first was to find a company around which to build an appropriate case study, one which could become a lens for evaluating the points I hope to make.  After some reflection, I chose the story of Theranos.  The jury had just found its CEO guilty of fraud charges this month (January 2022). The saga of this company’s trip from a $9B valuation to zero is compelling and provides an opportunity to discuss the ethical issues I plan to cover.

Next, I reviewed ethical issues I faced in my business career, as real-world questions faced by the presenter are sometimes the most memorable.  Then I dusted off and reviewed sources and inspiration for my ideas on right and wrong and tools I evolved for making decisions consistent with my values and beliefs. Finally, I found several books written by thinkers on ethics and read or re-read them, including one Rich assigned his students.  I’ll list these, as well as some videos at the bottom of this newsletter, with some links. This newsletter is as much to help me crystalize my thinking as it is to convey some thoughts to readers on why I believe this is such an important topic. 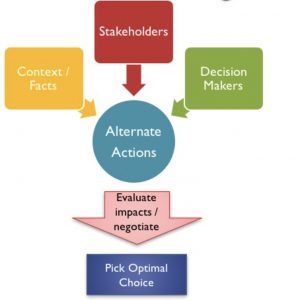 I believe ethics is not a theoretical abstract idea to be relegated to the classroom or pulpit. Ethics is practical and pragmatic, a tool for making the best decisions, in business and life.  It helps ensure our choices are consistent with our values, principles, beliefs, and norms.  The more difficult and ambiguous the decision, the more ethical considerations play an important, even crucial role.   Complicating things is the fact that right and wrong are often moving targets. While one may be tempted to believe the proper decision is only a matter of viewing alternatives against a backdrop of carved-in-stone rules or codified laws, it often is far more complex.

Next, I contend business ethics is not an oxymoron. While fraud at Enron, cheating clients at Goldman Sachs, illegal foreclosures at Countrywide Financial, and a Ponzi scheme by Bernie Madoff may seem like a trend, they’re all anomalies.  Most businesses struggle to operate within the law and some even adhere to strict ethical standards.  It is rare to join a decent-sized company today and not be given an employee manual containing a section on ethical considerations.  Some larger companies even have chief ethics and compliance officers, responsible for training, monitoring, and auditing compliance with laws and the company’s expressed values. Ethical failures, businesses have found, can lead to embarrassing messes that require massive effort and expense to clean up. Better to do it right the first time.

Is Business Ethics an oxymoron in “Fake It ‘till You Make It” culture?

Although I’d read some about Theranos and its charismatic CEO, Elizabeth Holmes, I was unaware of the whole story.   While my timeline in Silicon Valley overlapped somewhat with hers, she and her company were not on my radar. By the time they left their “quiet period,” I was long gone and so have no firsthand knowledge.  During a deep dive into the company, I was again impressed with how incredible the Internet is at chronicling and preserving nearly everything.  Besides books and movies, I was able to easily find some of the first news stories on the company.  I watched an early TED talk where Holmes outlined her dreams for the company and even found a clip of her on the stage with Bill Clinton.  I found the first of what would become many cover stories on Holmes which would pack newsstands, including Roger Parloff’s cover profile of her in Fortune Magazine in June of 2014 with the headline, This CEO is out for Blood as well as Ken Auletta’s in-depth article in The New Yorker in December of 2014.

Within a few days, I’d created a PowerPoint presentation with most of the key elements for a solid case study – a timeline of Theranos, information on the key players, and finally, the protagonist who made the decisions that we could scrutinize and discuss.

Since then I’ve engaged several good friends and former business colleagues in discussions on ethical questions.  Ethical questions impact a large number of contemporary issues and discussing them with so many intelligent people has been a world of fun – although I’m not sure it’s been as much fun for them as it has for me.

I will no doubt have more to say about all of this after the class, so stay tuned.  In the meantime, below is a list of the most compelling books, movies, and YouTube videos I’ve found on this topic:

Right/Wrong – How Technology Transforms Our Ethics, by Juan Enriqez. A fun, entertaining, and thought-provoking look on how common wisdom and technology enable ethical behaviors.
Bad Blood: Secrets and Lies in a Silicon Valley Startup, by John Carreyrou.  A deeply well researched and compelling history of Theranos by the Wall Street Journal reporter who broke the story about the company’s misdeeds in 2015.
Justice: What’s The Right Thing to Do?  By Michael J. Sandel.  I’m reading it a second time.  It is an easy read. Sandel weaves in the biggest ethical questions man has struggled with through the ages using contemporary situations and issues.  Highly recommended.
Something for Nothing: Arbitrage and Ethics on Wall Street, by Maureen O’Hara.  This book attempts to tease apart “legal” and “ethical” in a practical and educational way.  Rich recommends it for his class. Not being a finance person, I found it slow going.

The Inventor: Out for Blood in Silicon Valley – 2019  (Documentary – HBO) Well done, unbiased and thoughtful history of Theranos and what occurred. Many good interviews with key people and relevant historical footage.

The Real Adam Smith: Ideas That Changed the World – 2017  (Documentary in 2 parts – Curiosity Stream and YouTube). Adam Smith’s observations, chronicled in two books written in the 18th Century, on free trade, the nature of wealth, and moral behavior, remain valid in the 20th Century.  This show explores how his thinking changed the world in the decades after his death and how his principles are still part of modern thought. A highly compelling story.

Spilling the Blood of a Silicon Valley Unicorn

In His Own Words: The Theranos Whistleblower  (Filmed at the Markkula Center for Applied Ethics)

How Elizabeth Holmes sold the idea of Theranos to employees, investors: Nightline Part 1/2  (In two parts)

Theranos: How Did a $9 Billion Health Tech Startup End Up DOA?  (Berkeley Hass School of Business)

Justice: What’s The Right Thing To Do? Episode 01 “THE MORAL SIDE OF MURDER”  (Class at Harvard University)

Ethics in the age of technology | Juan Enriquez | TEDxBerlin

5 Responses to Business Ethics: An Oxymoron?