After nine of them, I know a good bit about starting companies. After investing in at least twenty, I spot founders with a high success likelihood pretty quickly. An author I admire, Taylor Stevens, recently penned a newsletter nailing one of those elusive success factors brilliantly.  For her, it is all about success in writing and publishing, a field in which she excels. The similarities resonated with me immediately and I couldn’t wait to share them. 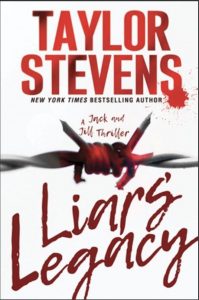 First, Stevens is a successful author. She freely shares her advice with aspiring writers. You can read all about her on her website. On March 4 (2022) her newsletter arrived with the subject line “If you run with wolves…”  In it Stevens discusses how many aspiring authors read and post in publishing and writing-oriented blogs and forums, getting responses from individuals “without experience in publishing, and so often wrong.”  The comments come from people who spend a lot of time on those forums, arguing with each other and or talking up their own works in progress.  Stevens, after a short discussion, cuts to the chase:

“If you want to reach a level higher than where you are, you don’t do it by getting information and learning from people who are at your level, or God forbid, beneath you. You don’t plot your climb up Mount Everest by talking to the people down at base camp who’ve only watched other people climb the mountain—you hire a guide who’s been there and gotten safely back. If you want to be successful, seek out people who know, listen to people who’ve already walked the path that you’re on.”

This reminds me so much of budding entrepreneurs who have an idea for a business and want to make it a reality.  Often it appears these people are endlessly involved in talking about the idea, how it would work and why it will win.  These discussions with friends, and on forums and blogs appear to be almost a substitute for moving forward.  Sometimes they’re looking for clues on how to move forward, unaware this is not the place to find them.  Winners focus on doing the work versus talking about the dream and the best advice is from people who’ve succeeded in the area in which you wish to compete. Best to keep your idea secret and use as motivation the vision of how you’ll feel when you succeed and bask in the adulation of all those who didn’t think you had it in you.

Most ideas have little value in themselves; it is the things surrounding an idea that create value. Having an idea that your “X device” will revolutionize a particular industry means very little unless you accompany it with in-depth and diligent research showing how poorly current offerings perform the task that “X device” performs so well. Fifty or a hundred in-depth interviews with players in the space leading to a conclusion supporting the need for “X device” has value that the idea alone does not.  Detailed technical drawings of how “X device” would be manufactured, where, with what materials, and for what cost, have value. Plans and business analyses showing how the product could be introduced and marketed to those that would buy it adds value.  Many entrepreneurs and inventors are in love with an idea and wish to start companies, yet they remain in the talking and conceptualizing stage year in and year out.  They are either too lazy or undisciplined to do the hard work, the work they may not like or enjoy doing, to make their dream a reality.  Instead, they’ll while hours away in forums and on blogs, responding and posting, defending their brilliance, expounding to friends and family on the cleverness of their idea, while others go out and make things happen by actually doing the work.

The other part of Stevens’ newsletter which resonated with me is the number of individuals so much like she described, that surround the startup infrastructures in which I was and am involved.  For every actual company founder here in Phoenix (and in Palo Alto, California before that), I found at least ten people attending events, pointing to the shortcomings of presenting companies, expounding on the merits of various business plans and approaches, demonstrating their vast intelligence and insight and how far a company would go if only they’d have the foresight and wisdom to hook up with them and take their valuable advice – all for a cut of the equity, of course.

Don’t get me wrong, there are highly ethical and professional individuals offering services to early-stage companies. They do it at a fair price and offer superb value and I’m proud to know many of them.  But budding company founders need to avoid those who chatter and criticize from the sidelines, or worse, sell advice and expertise in the absence of a success track record. Building a company with one or two people, no money, and a 20-page pitch deck into something generating tens of millions a year, results in a great many lessons learned.  Doing it twice, three times, or more, even if you fail, provides even more knowledge about what does and does not work.  Curiously, success in other aspects of business — say spending a career with a large multi-national company — rarely leads to success in starting a company. Budding entrepreneurs need to find mentors to work with who have done it, not someone who’s merely watched a lot of Shark Tank episodes and read books on successful startups.

Television shows and movies about startups, “Silicon Valley, Dirty Money, Shark Tank, Celebrity Apprentice, The Inventor: Out for Blood in Silicon Valley” and others, paint incredibly unrealistic pictures of the actual life in a start-up and the incredible number of elements necessary for one to succeed.  Like nearly everything else in life, there are few shortcuts. You have to be lucky.  To be lucky, it also helps to know the actual definition of luck, and so, from someone who’s been lucky, here it is:

An excerpt of Taylor Stevens’ March 4 Newsletter below:

Like many people, I read blogs and forums on topics that interest me, and over the past several years this has also included forums for aspiring authors, as well as blogs that deal primarily with self-publishing and social media. (I will write more about traditional vs. self-publishing in a future email, this email is about the value of others’ input.)

Sometimes, if I’ve read a particularly good piece on the subject, or even one that I think is off the wall but it raises interesting questions, I will spend a bit of time reading the comments and the conversations that follow. And mostly I come away from those conversations vacillating between amused and horrified because (again, mostly—there are definitely exceptions) the comments and opinions, so full of “rightness” and “righteousness,” are written by individuals without actual experience in publishing, and are so often wrong. And many of these comments are from “repeats”—people who clearly spend a lot of time on those forums, arguing with each other and or talking up their own as-of-yet-not-complete widget or work in progress. […]