As the temperatures have gotten reasonable, more and more neighbors are out and about. I see you walking, doing yard work, planting trees, painting, and giving the pets some exercise. Things have been happening, so if you’ve not already heard it all through the grapevine, let me bring you up to speed and perhaps, get you to smile.

Stephen and Kathy Brown’s new paint scheme is attracting comments. See photos below. After tickling neighbors at Xmas with a “Purple Rain” themed homage to Prince, they’re back with a jungle-look paint scheme. Just a tad darker on the base paint and it would look very zebra-ish, don’t you think?  Some are still getting used to it, but I like it.  Accusations of Dr. Brown abusing his position as Chairman of the Design Committee to get this paint scheme approved are completely unfounded. 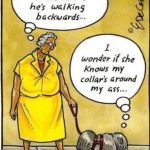 Our long-time neighbor, Jackie Logan, is back making her rounds. She’s easy to spot as she walks with Toby, a wonderful little (5 lbs.) doggy which she got from Corinne, and a small baby stroller. There is never a baby in the stroller.  It is rare to see Jackie merely walking, mostly she is talking with neighbors. I’ve told her I suspect she is running for Mayor. She’d have my vote. Has anyone read the CC&Rs close enough to know if she needs to win by a majority vote, super-majority or can I just appoint her as honorary Mayor of our community myself? I am the president, after all, so one would think that would come with some powers, no?

Dennis and Linda Corderman have been conducting experiments to resolve drainage issues. They’ve had a variety of different people out and it appears there may be an end in sight.  However, this time it may require them not just cutting off their water, but everyone’s on the street as well.  But, hopefully, for less than a few weeks.

Most of us know and love our USPS delivery person, Linda Taylor. She’s done so many things to help our community, it would fill two or three newsletters.  Driving home one day along N 24th Street, we recently spotted Linda delivering mail in that neighborhood. Both Maggie and I were immediately struck with a sense of betrayal.  It was like finding out your spouse was cheating on you.  “How could she be delivering mail to just anyone? She is OUR letter-carrier, and maybe that neighborhood doesn’t deserve her.”  I’m thinking if we all get together and sign a petition and send it to the Postmaster General of the United States, requesting Linda Taylor’s delivery duties be confined exclusively to our neighborhood, we might get some attention.  How many of you would go along with that? 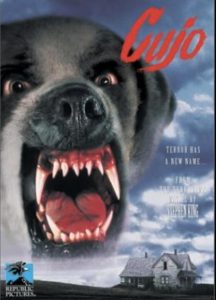 This one is a bit more serious.  Over the past week, it was reported by several residents that a Cujo-tempered dog roughly the size of a grizzly bear was roaming the neighborhood, attacking our wonderful residential dogs. It turns out to be true and has been confirmed by Mike and Lisa from the cul-de-sac at the top of the street. This non-residential canine attacked their gorgeous and well-behaved Great Dane, Mary, and the monster bit her.

Previously, Janice Morrison and her two pups were attacked, too. The good news is we were able to locate the dog’s owner (thanks to superb detective work by our Linda Taylor).  The owners were horrified to learn their dog, which they’d spent a significant amount of money on as a service animal, is so off the mark.  The dog is now chained in the backyard and will no longer be allowed to sneak away.

The BOD has contracted to have a survey done on a certain section of the neighborhood to ensure proper boundaries are being respected.  Not to worry, it’s not between any of you, but it is an issue your BOD is working on.

That’s it for now.  Have a lovely spring.

3 Responses to Attempt at a humorous neighborhood update (March 11, 2022)