Are you a coffee snob? Wanna be one? 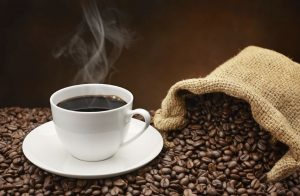 It is with a good deal of apprehension that I make this confession, but reality can no longer be overlooked: I’ve become a coffee snob. The story of my descent along this slippery slope will either save you or change your life for the better.

Given my Scandinavian heritage, coffee played an integral role in our family culture.  You could not enter a home without being offered a cup of coffee, morning, noon or night. At the reception following my wedding, no one had thought to provide coffee for the assembled well-wishers. Not only did increasingly anxious murmurs of “There’s no coffee,” spread throughout the reception as shocked guests shared the news, 39 years later, any mention of our wedding in the presence of my relatives is followed by, “Ah yes, I remember.  It was in a small church in St. Paul, Minnesota, right? There wasn’t any coffee!”  This is absolutely true.  I am not making this up. Even relatives who missed the wedding refer to it as “the wedding where there wasn’t coffee.”

For their entire lives, my parents used an electric percolator type coffee maker. As kids, times were tough and money was short.  My father would often put a few teaspoons of new grounds on top of the old ones sitting in the percolator from the day before, attempting to stretch the cache of fresh coffee grounds, squeezing every last bit of flavor before discarding them. Notice I said coffee played an integral role in our culture, not necessarily “good coffee.”  (Maggie says: “There was coffee, just late. We didn’t turn it on as soon as we should have.”) 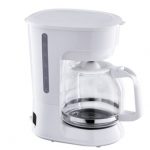 As an adult we’ve tried many types of coffee-makers, including the French press, some grind and brew models, even the Italian Moka Pot. But in the end, we mostly settled on a drip coffee makers, typified by the Mr. Coffee brand. A few years back we began seeing friends (as well as waiting rooms in car dealerships) gravitating to the Kuerig-type coffee maker and the little K-cups. They looked convenient and I sampled them on several occasions.  I tried to like the coffee, but the taste was always disappointing. It was never remotely close to a freshly ground pot of coffee made in a Mr. Coffee type drip model or French press.  By now we were into buying good beans and grinding them just before brewing, a process learned by our friends Michael Shields and John Deebee. Few embraced the idea of being snobs as well as John and Michael, whether it was coffee, audio equipment or cutlery. 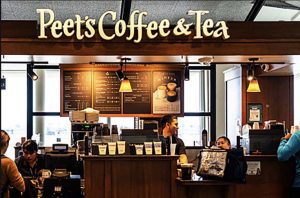 Living in the Bay Area in the early 2000’s you couldn’t throw a rock and not hit a Peet’s Coffee store. They were always nearby and it was here I got hooked.  I like Starbucks and feel their coffee is pretty good although the frequent bitter and burnt taste from roasting beans at high temperatures which they need to do to produce large quantities of beans in a short time isn’t pleasant.  Peet’s Coffee, on the other hand, is always truly amazing.  My addiction led me to buy their “Major Dickason’s Blend” beans and grind them at home. This soon transferred to the office. At Krugle, Major Dickason’s blend became the coffee equivalent of jet fuel to keep the office running at its peak. We bought half a dozen one-pound bags of beans at a time. 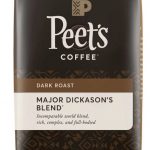 If there was a single trigger pointing to my descent into coffee snobbery, this was it.  This dark roast blend of full bodied coffee more than any other single thing must take responsibility for the state of affairs in which I now reside.

Moving to Phoenix, my office at the Thunderbird School of Business was again served by a Keurig K-cup maker which I came to dislike. Worse yet, Peet’s Coffee Company had neglected to dot the landscape in Phoenix with their stores.  With only a part-time gig at Thunderbird, I had time, money and an interest to figure out how to make the very best cup of coffee for myself, at home.  It had to be every bit as good as a Peet’s Coffee shop, easy to use and not difficult to clean.

My search led me to the JURA brand of coffee-makers and their ilk.  Very similar to the machines used by your local barista, products in this category rely on several key principles to create a really good cup of coffee:

1. Grinding the beans immediately before the coffee is made.
2. Compressing the freshly ground beans.
3. Accurate and precise water temperature for best taste (190-195 degrees ideal – colder make weaker coffee, hotter make it bitter).
4. Correct brewing time, which ideally is 20-30 seconds.  This results in a perfect crema thickness.

Result: coffee nirvana.  But there is a downside – they are expensive. When visiting a Sur La Table store I found the JURA machines consistently cranked out absolutely sublime cups of coffee. With their Italian design and Swiss manufacturing (best of both worlds) even the entry level model was still $1,000 and some models were over $5,000.  I also looked at the Wolf Gourmet and spent a long time with the Nespresso, but in the end, the JURA ticked all the right boxes.  But a thousand dollars? Come on!

While a 20% coupon got it down to $800, still, how do you justify paying this amount of money for a coffee maker?  At the time, Keurig machines were $249 at Costco and a near top-of-the-line Mr. Coffee type didn’t cost more than $50.  Dusting off my research skills and firing up an EXCEL spreadsheet, I began comparing the cost of lower-priced Keurig and Nespresso K-cup type models with the JURA.  What a surprise! In the long run, the JURA was the far cheaper option, as you can see in the below chart. The low “start-up” cost of the Keurig was subsidized by the ongoing cost of K-cups. After 3 years, the higher priced JURA hit the pocketbook for just under $1600 (including the cost of the machine) while the Keurig costs over $2,200.  And in the second 3 years, the JURA is the absolute bargain. No matter how you cut it, the Keurig was providing only a faint idea of how a truly good cup of coffee should taste, given you were drinking coffee ground from beans weeks or even months before. 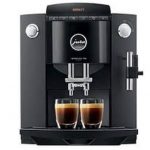 Using the coupon, five years ago, we took the plunge and bought the entry level JURA machine for $800.  We now enjoy absolutely amazingly good coffee any time we like, with the following additional benefits:

In the process of putting together my spreadsheet (below) I came across the horrible negative impact K-cups were having on landfills.  In 2014 it was estimated that 9 billion K-cup pods ended up in landfills.  That number has only grown.

To summarize my attempt at rationalizing my actions, I will assert that if you can get past the upfront cost, it’s an economically smarter way to go.  The spreadsheet misses some of the softer benefits of owning and using a machine like the JURA.  The value, for instance, of having a truly great cup of coffee at your fingertips is hard to pin down. The fact that you tend to drink less coffee, perhaps, because you never have “just one more cup” to finish the pot, is also a good point. And the JURA is so much less hassle to use.  Set it up and forget about it.  It does all the work, from grinding the beans immediately before brewing, to disposing of the used grounds.  It’s so simple.  You just push a button.  This is the one thing the spreadsheet does not capture, which is how much simpler it is to brew an awesome cup of coffee every time.  Take a look and let me know what you think. 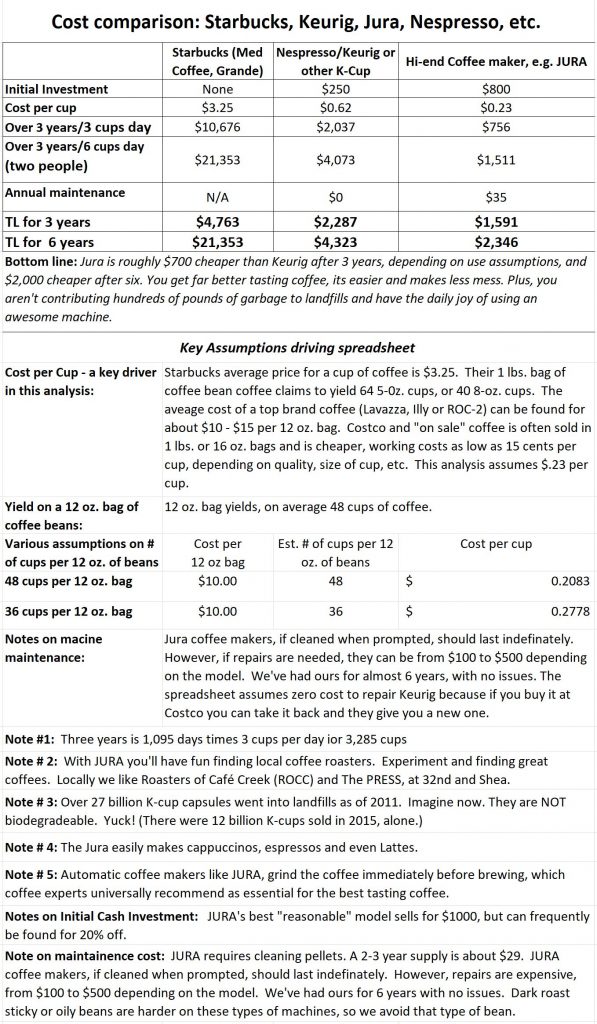 P.S.  This post has been updated with input from true coffee experts, and is now more correct and detailed than when originally published.  They also prefer “coffee aficionado” to “snob.”

3 Responses to Are you a coffee snob? Wanna be one?