A week in Dubai

Earlier this month I accompanied members of the Arizona Commerce Authority to the GITEX trade show in Dubai, UAE.  This is a global technology conference the size of CES or the COMDEX Show in Las Vegas, although with a marked business focus.  I arrived a day early and stayed a few days after the show to attend EXPO2020, the World’s Fair running from Oct 1, 2021 – March 2022, and see some of the other sites in this “sandlot turned global hub.”  If you’re getting this in email, I encourage you to follow the link to the online version as it contains photos.

As happens to any traveler, ignorance and pre-conceived ideas of another country get shattered (or at least realigned) on a personal visit.  This happened to me in Dubai. Below are my observations.  While I’ve little interest in packing up and moving to Dubai, learning directly about a place rather than from the “Chamber of Commerce” hype I find always has value.

Dubai was a genuinely interesting and fun experience and I would absolutely go again.  The 16 hour non-stop flight from LAX over and 17 hours back is a bit long, but Emirates airlines make it quite doable, even in economy.  They provide decent legroom, killer entertainment, and large bathrooms.  I didn’t make it up to the floor with business and first class, but I hear it is stupendous.

The next time you’re ready to have your ideas on the world expanded, I encourage you to spend a week or two in Dubai. It will change how you see the world and your role in it.

One half of the two-story Arizona Commerce Authority booth at GITEX in Dubai. It was super impressive and always packed with people.

The USA Pavilion always had a long line and about an hour wait to get in. 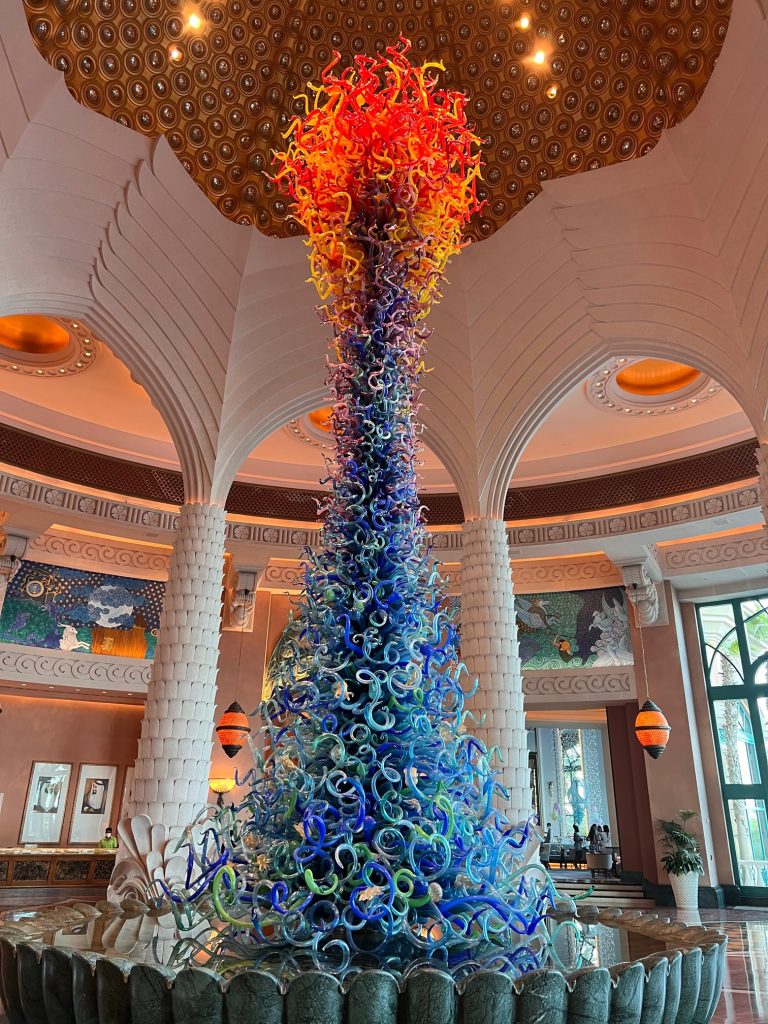 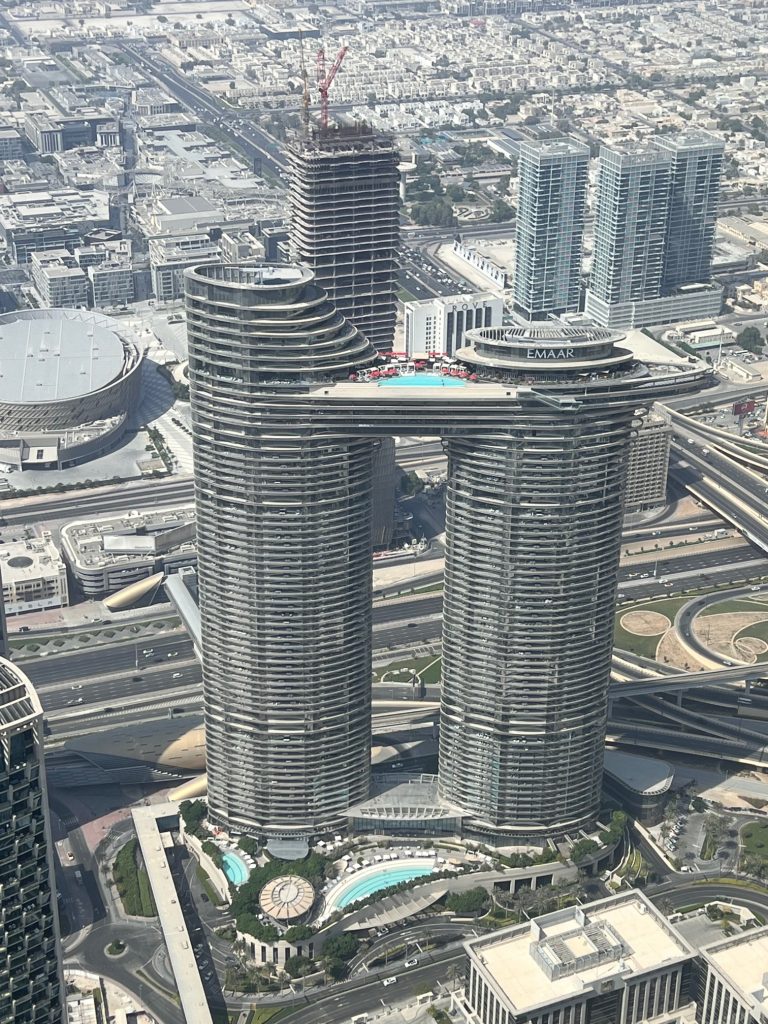 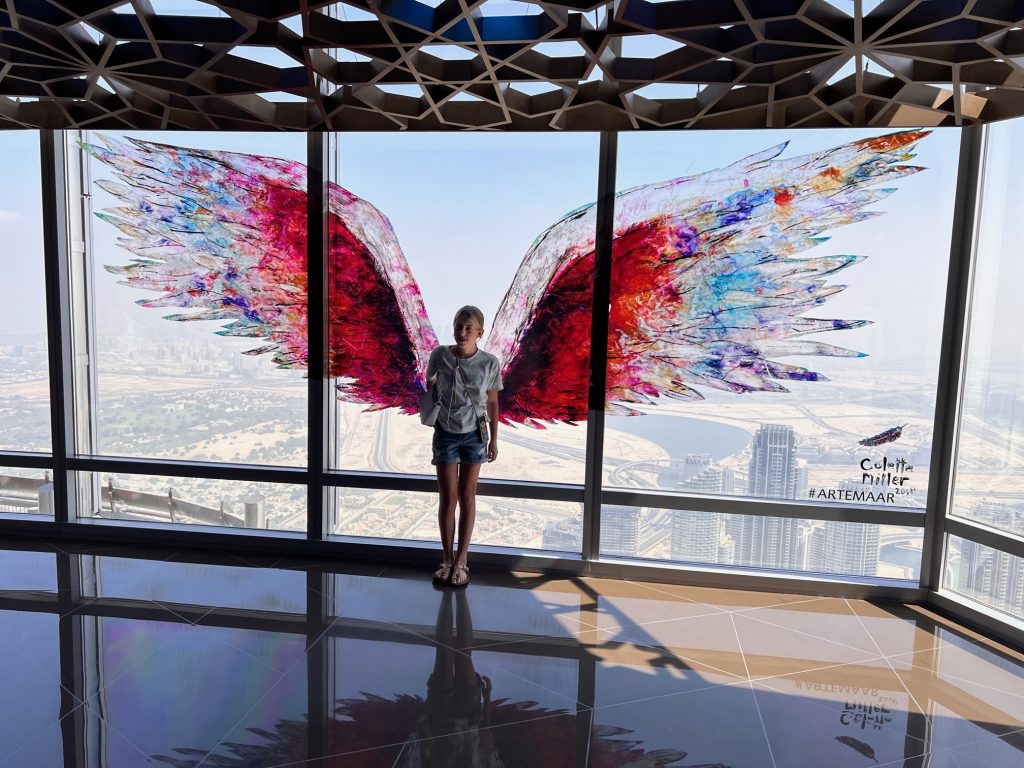 Observation floors (124-5) at the Burj Khalifia have all sorts of interesting things. 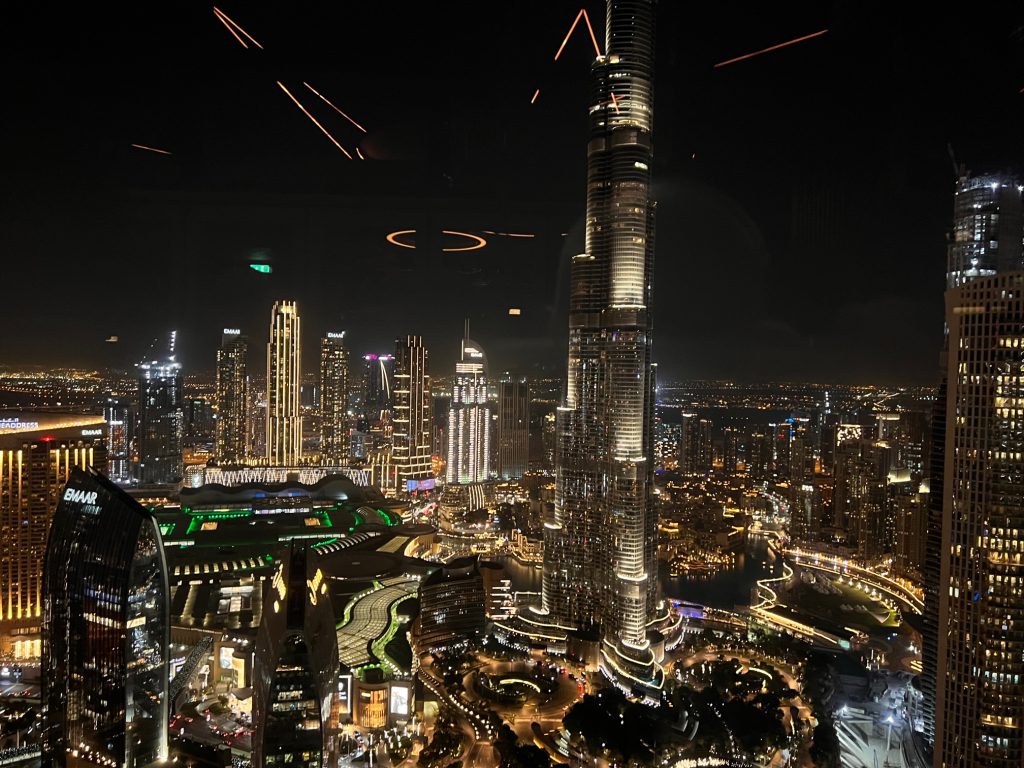 View from CE LA VI nightclub of the Burj Khalifia 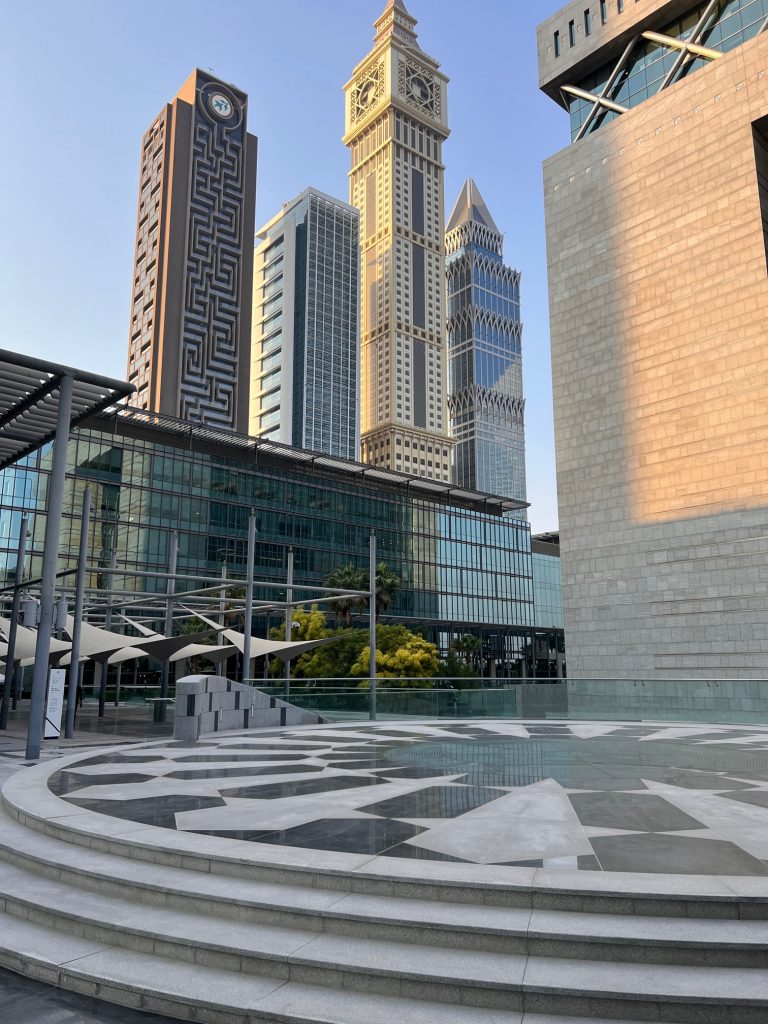 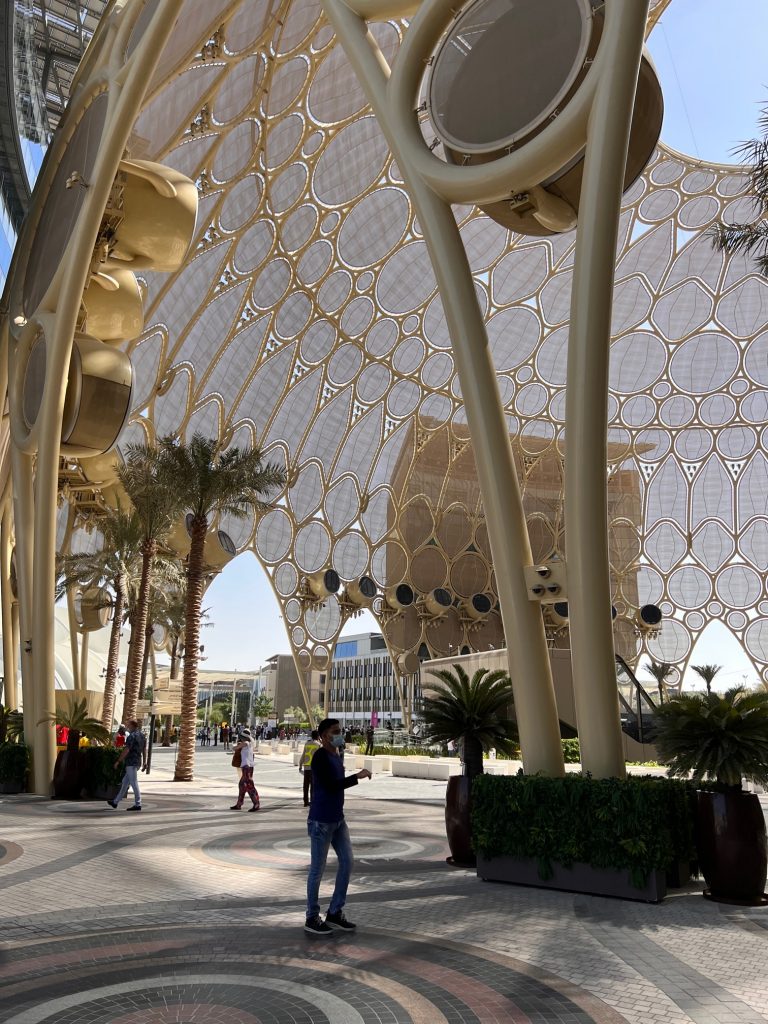 Some of the amazing structures providing shade at the World’s Fair.

Observation floors (124-5) at the Burj Khalifia have all sorts of interesting things. 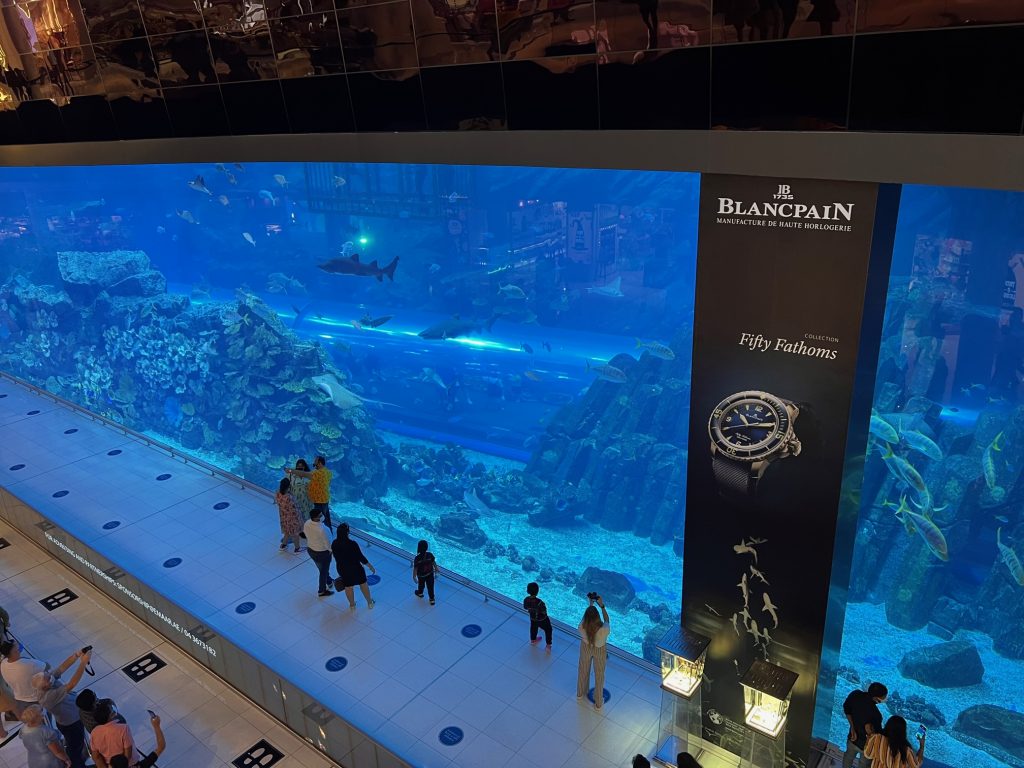 The aquarium at the Dubai Mall holds 10 million litres of water, has over 33,000 aquatic animals, including 400 sharks.

3 Responses to A week in Dubai